Recruitment of JWS giants hints at growth in Perth 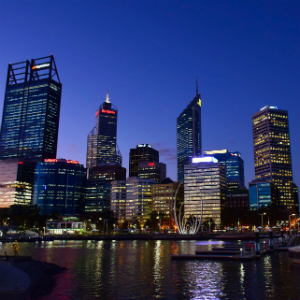 Johnson Winter & Slattery is strengthening its Perth office with the addition of two Clifford Chance expats, potentially heralding an increase in corporate work in Western Australia.

Clifford Chance is in the midst of a restructure of its Australian practice, with Richard Gordon stepping into the new role of Australian managing partner.

“Their stewardship has contributed towards our Australia team enjoying a strong reputation, well-established client relationships and being integral to our regional and global offering.”

Mr Hughes also thanked Mr Harris for his contribution to the firm and wished him well.

Mr Vinci and Mr Harris are both moving to the Perth office of Johnson Winter & Slattery, where they will continue to focus on corporate work, according to founding partner Peter Slattery.

“Their focus would typically be on ASX-listed corporates that are Perth-based, and the nature of the relationship I think they have is a … classical trusted adviser-type relationship with general counsel in a number of larger businesses in Perth, and I expect that will continue,” Mr Slattery said.

He added that the two will continue to work in energy and resources, a key practice area in the Western Australian market. They will also perform corporate work across other sectors.

Mr Slattery noted that the addition of the two partners is “certainly an expansion” of JWS’ Perth office.

“Perth is … a market that’s affected by the cyclical nature of the commodities that emanate from Western Australia – oil, gas, iron ore and other minerals.

“Perth has been a soft market for the last few years, but our sense is that there are signs that there’s now an upward-sloping trend in work activity.”

Mr Vinci and Mr Harris will commence at JWS on 1 May.

Clifford Chance senior partner Jon Carson is also departing the firm, retiring after close to 40 years in the legal profession.

Recruitment of JWS giants hints at growth in Perth