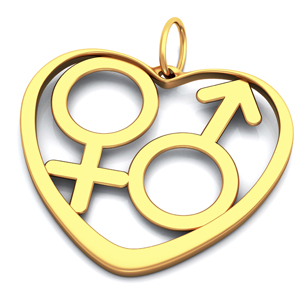 A Malaysian lawyer and his legal firm are embroiled in an ugly divorce dispute in which a beauty boutique operator has been accused by her husband of being a man.

A Malaysian lawyer and his legal firm are embroiled in an ugly divorce dispute in which a beauty boutique operator has been accused by her husband of being a man.

The lawyer representing the apparently confused husband had a RM10 million ($3.1 million) legal claim filed against him for allegedly defaming beauty entrepreneur, Sri Wani Choo Abdullah, as she partook in a closed-door hearing about her gender at the Kuala Lumpur Syariah High Court.

The New Straits Times reported that Abdullah, 37, has accused Muhammad Hafiz Abdul Rashid and Messrs Irsamuddin Hafiz & Associates of making a defamatory statement about her to the media in April this year that was then circulated through local newspapers.

Just when Folklaw thought it had seen it all, Rashid was further accused of posting statements about his client’s wife on YouTube under the title Isteriku lelaki (My Wife is a Man).

Abdullah argued she suffered business losses to the value of more than RM20,000 ($6236) since the alleged slander and claimed the lawyer’s statement also shamed his client, her husband.

The pair married in Thailand in 2009, one year before Sanugi, 61, accused her of being a man and filed a request in the Syariah High Court to force her to undergo a DNA test.

Whatever the case, Abdullah has one valiant defender; her aunt, Clerk Connie Che, who claims she “bathed her as a child” so, clearly, she would know what’s what.

Abdullah “is a woman” and “will forever” be one, she told Malaysian media, adding that Abdullah’s gender is stated as being female both on her Muslim conversion certificate and identity card.

But Rashid told The Star Online that his client had proof his wife is actually a man because he found a birth certificate indicating she was male.

Folklaw just hopes this lawyer stays off YouTube and sticks to providing objective advice in the face of controversy.