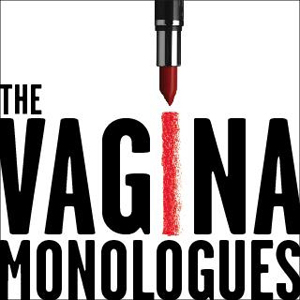 Former Commissioner for Equal Opportunity Moira Rayner is one of eight members of Melbourne’s legal community who will be performing a benefit performance of The Vagina Monologues, an award-winning play celebrating women’s sexuality.

Former Commissioner for Equal Opportunity Moira Rayner is one of eight members of Melbourne’s legal community who will be performing a benefit performance of The Vagina Monologues, an award-winning play celebrating women’s sexuality.

Rayner will join Victoria’s former Health Services Commissioner, Dr Beth Wilson AM; human rights lawyer Tanja Kovac; a county court judge, who has yet to be named, and four other women at the event to be held at Melbourne’s Town Hall on 30 April.

Karen Abraham, a solicitor at RMIT University, is co-producing the event. She told Lawyers Weekly that her motivation for putting on the show was to connect female lawyers in Victoria.

The play has been rated R18 due to mature content and strong language. Some of the performers considered the possible impacts of a risqué performance on their legal careers, Abraham revealed.

“Some of the individuals involved said yes immediately, others took time to come on board,” she said. “We’re talking about very personal things ... confronting in subject matter and, with the legal profession being a very conservative and traditional profession, our performers all needed to think twice about how their performance might affect their career.”

The performers will meet tomorrow night (Wednesday) for a read-through and meet and greet. Abraham admitted that fitting in time to rehearse would be challenging given the busy schedules of everyone involved.

Personally, Abraham’s employer has been supportive of the endeavour. “I work in a supportive environment ... the word vagina is often heard coming out of my office,” she laughed. “[The university] understands that I occasionally need to make some calls about this during the work day.”

Profits raised from the event will be donated to CASA (Centre Against Sexual Assault) House, which provides services to assault victims on a 24-hour basis, and the V-Day Spotlight Campaign, which each year channels media attention and funds to a specific group of women experiencing violence.

Ending violence against women and girls is a cause close to the hearts of many of the organisers and performers, Abraham said. Rayner, specifically, has held a number of roles that deal with this issue, including being a hearings commissioner of the Human Rights and Equal Opportunity Commission and the first director of the Office of Children’s Rights Commissioner in London.

Details of the performance time, ticketing details and the names of the performers will be updated in the weeks to come. Check out the V-Day Melbourne Legal 2013 Facebook page at facebook.com/vdaymelbourne2013 for more information.