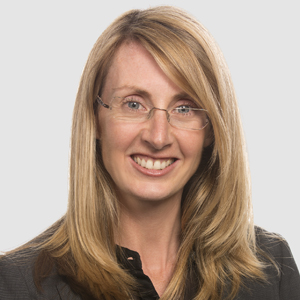 Macaire Bromley argues that the societal costs of corporates collapsing provides the rationale for a stronger domestic legal framework to facilitate business rescues.

In its June report on ASIC’s performance, the Senate Economic References Committee recommends that government review the law to consider reform which will encourage and facilitate corporate turnaround. It suggests that features of Chapter 11 (a reorganisation regime in the USA) be considered.

Subsequently, the Financial Systems Inquiry Interim Report which was released on 15 July 2014 makes recommendations with respect to External Administration, including to suggest that Chapter 11 would not be beneficial to Australia, and that there is little empirical evidence that Australia’s external administration process is causing otherwise viable businesses to fail. Submissions in response to the Interim Report were due on 26 August.

It is difficult to argue against law reform aimed at increasing the value of corporate Australia.

The value of our superannuation depends, not insubstantially, on the value of corporate Australia. Our financial services industry is exposed to the value of corporate Australia, both directly in the commercial arena, and indirectly in the retail arena where company employees with residential mortgages comprise a significant part of bank debt. The negative social impact of corporate failure and enforcement action is not to be underestimated, and reform which has the potential to lessen that burden is beneficial.

For law reform in this area to be effective a cultural change is required. In the USA and the UK, there is a strong business rescue culture supported by a legal framework which does not unduly penalise corporate entrepreneurs, and protects creditors for supporting a company through difficulties via concepts such as ‘adequate protection’.

To my mind, Australia would benefit from a framework that adopts global restructuring principles which are widely accepted as market practice throughout the USA and Europe, and acknowledged and applied in the Middle East and Asia.

Our existing framework operates within, and is limited by, our culture. Several key issues with the Australian regime include:

•             Too often, businesses ignore the first signs of underperformance and financial stress, which inevitably leads to serious distress. When this occurs, businesses seek out advice which tends to revolve around insolvent trading risk, possible challenges to creditors and insolvency solutions;

•             When faced with credit issues, creditors tend to react individually, seeking to protect their own position in the short term, with little consideration given to the return that might be available over the longer term;

•             Directors of companies in financial difficulty are not permitted to negotiate sensible turnaround solutions with their creditors, whilst continuing to trade, due to the actual or perceived risk of personal liability for insolvent trading and other suits if the efforts fail. Potential action by regulators is also a concern;

•             Creditor-led workouts and insolvency solutions are called restructurings, even where there is no rescue of the company as a going concern, but instead an effective fire sale of a business or cherry picked assets, with significant haircuts for residual creditors.

There is some experience of directors engaging in turnaround efforts, particularly in very large companies with sophisticated boards and strong advisory teams. However, many of the positive experiences in Australia involve processes commencing well after the problems have emerged and at a time when there is growing creditor pressure.

In a business rescue culture, company directors take steps early to deliver a company-led turnaround plan. Specifically, directors obtain accurate financial information and meet with management to obtain a realistic assessment of the position. Directors then make critical operational improvements to build a sustainable future, and take steps to be fully funded by a sustainable capital structure.

The improvements to the operations and capital structure are improvements for the medium to longer term future, not short term bandages that will come unstuck with the passage of time.

Creditors engage in discussions with their borrowers at the first sign of emerging problems and act constructively and cooperatively, remaining supportive when they receive ‘bad news’. Creditors stand still, to provide the company time to stabilise, to realistically assess the position and deliver a plan. They make decisions on accurate information that is shared with other creditors and work with other creditors to coordinate a response to the company. Creditors support any new money need as a priority lend.

Those principles are now well-entrenched market best practice, and have formed the foundation of successful turnaround transactions that I worked on whilst overseas both in the UK, and across the Middle East, Europe, Asia and the USA. In Australia, there is experience of these principles having some application on institutional syndicated deals, however, we are yet to see the benefit of their application, or understand how they might work, pursuant to a consistent framework made available to all of corporate Australia.

In my opinion, a new legislative framework or a code of conduct based upon international restructuring practices and precedent should be introduced in Australia. Not all companies facing financial difficulties will inevitably fail and those with viable businesses should have available to them, a clear framework within which to operate, with a view to being turned around.

It is my view that this could be achieved by a variation to Part 5.3A of the Corporations Act, 2001 (Cth) to include a new ‘First Objective’ regime. Adopting language from the UK Insolvency Act, the First Objective is “to rescue a company as a going concern”.

The existing objective of delivering a greater return to creditors should be a secondary objective, for companies which have no viable business to be turned around. The second objective proceeds along the lines of the existing Part 5.3A.

By way of summary, in the case of a First Objective appointment:

•             The notice of appointment must state that the administrator is appointed in pursuance of the First Objective; the directors need to declare that a turnaround is viable; they must commit to the delivery of a rescue plan within a set timeframe; and a financial forecast which evidences that the company can continue to trade during the administration must accompany the notice.

•             A new moratorium division replaces the existing Part 5.3A framework for second objective appointments, to provide a comprehensive stand still. During a First Objective administration, all creditors are restricted from taking steps to recover pre-existing debt, from terminating contracts by reason of the appointment or taking any other action to enforce rights in insolvency. Secured creditors may only act with the consent of the Administrator or leave of the Court, however, leave should not be granted if the secured creditor is adequately protected and/or the action would adversely impact the prospects of the rescue. All working capital proceeds are retained by the company for working capital purposes, and funds are not set aside for individual creditors.

•             Creditors should not be disadvantaged whilst they stand still and should be adequately protected, for example, paid interest on pre-existing debt and protected via concepts such as ‘new money priority’.

•             At the second meeting of creditors, creditors vote whether or not to approve the rescue plan. Whilst not an essential element of a business rescue regime, it may be considered desirable to include provision for the Court to approve a rescue plan which is not otherwise approved by creditors.

•             A rescue plan, once approved, takes the form of a restructuring agreement. When that agreement comes into effect, the administration ends and control is returned to the company’s directors.

•             Any new money requirement during the stand still or under the restructuring agreement, is granted super priority status.

Directors who act reasonably to avoid liquidation, who make business judgments in good faith for a proper purpose, on an informed basis and believing that the judgment is in the best interests of the company, should not be personally liable for trading whilst insolvent.

Macaire Bromley (pictured) is a Sydney-based restructuring partner with DibbsBarker. She joined the firm in May 2014 from Allen & Overy in London. Macaire has made a submission to the Senate Economic References Committee’s report