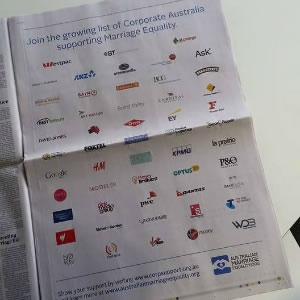 Four law firms have taken out a full-page advertisement in a national newspaper to push for marriage equality along with major corporates.

The ad was placed in The Australian today just days after the Republic of Ireland’s majority Catholic population voted ‘yes’ to same-sex marriage.

Arnold Bloch Leiber, Slater and Gordon, Gilbert + Tobin and Allens were among 53 organisations to sponsor the advertisement by AustralianMarriageEquality.org.

Allens recently became Australia's first major firm to publicly state its position on gay marriage, releasing a statement of support on 17 May.

“Not only is marriage equality the only truly fair option, it is also a sound economic option given, that a happy workforce is a productive one,” writes the group in an open letter available online.

According to the group, a recent Crosby Textor survey showed that 72 per cent of Australians believe same-sex couples should be allowed to marry.

The open letter states that 19 countries around the world have passed laws to allow same-sex marriage. In the United States, 37 states and the District of Columbia have legalised gay marriage.

If the US Supreme Court decides to legalise same-sex marriage across the country in June, Australia’s opposition will be unique among anglophone (countries with English as the first language) nations, according to the group.

The ad is well-timed as the Greens and Labor Party have moved to introduce marriage equality bills into parliament.

Last Updated: 26 October 2020 Published: 29 May 2015
The Women in Law Awards is the benchmark for excellence, recognising the empowering women influencing the Australian legal profession, celebrating the female leaders, role models and future champions of the industry. Register for the waitlist today for the opportunity to attend this remarkable awards ceremony and network with top legal professionals and fellow peers.
Visit womeninlaw.com.au 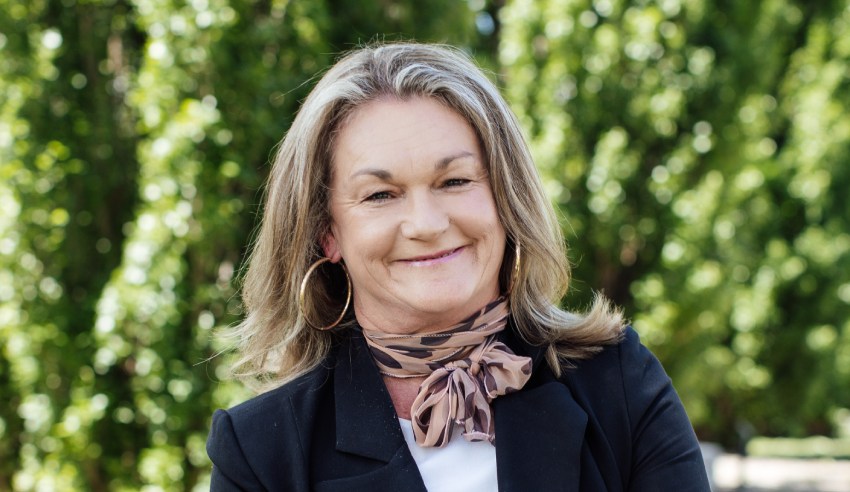 How many firms use tech for billing? Read More

‘Seeing how many people have bounced back is really exciting’: Running a small business in uncertain times Read More