A look at the legalities of the Essendon air crash 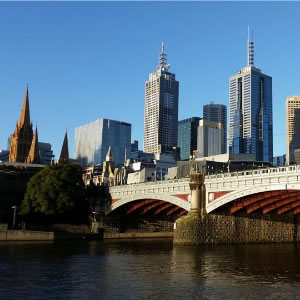 The release of the preliminary findings of the Australian Transport Safety Bureau into the crash of the King Air B200, VH-ZCR, into the DFO shopping outlet on 21 February of this year is likely to raise more questions than answers into what the cause or causes of the accident have been, writes Thomas Janson.

What did the Australian Transport Safety Bureau find?

Frustratingly for family members and the investigators, due to the substantial damage that the wreckage of the aircraft suffered, there is still no definitive cause or causes revealing what triggered the air crash.

In addition, the cockpit voice recorder (CVR) unit of the aircraft did not record for the duration of the flight, and therefore, investigators do not have access to crucial audio information from the pilot and the passengers to help reveal what may have caused the air crash nor are they able to hear noise and sounds from inside the cockpit and outside of the aircraft recorded by the CVR regarding the movement of flight instruments or engine noise to name a few.

However, the work of the investigators of the Australian Transport Safety Bureau, their US colleagues in the National Transport Safety Bureau and with the assistance of Pratt & Whitney (the manufacturer of the aircraft’s engines), managed to reveal that at the present stage of the investigation the suggested ‘catastrophic engine failure’ was not due to pre-impact failure of the internal components within the engine nor did on-site investigation of the wreckage showed the existence of any pre-existing faults within the aircraft that contributed to the accident.

What are the next steps for the Australian Transport Safety Bureau?

With the release of their preliminary findings, the Australian Transport Safety Bureau have narrowed their search for the causes of the air crash into a review of maintenance documents relating to the air crash, sifting through witness statements of the air crash, analysing the piloting history of the pilot and concentrating on analysing specific aircraft components, such as the engine propellers of the aircraft.

This will culminate in the Australian Transport Safety Bureau releasing their final report which will reveal the cause or causes of the air crash by 21 February 2018.

What does this mean for families?

Unfortunately, the preliminary findings of the Australian Transport Bureau have not as yet been able to narrow the range of possibilities for the cause of the crash to a specific factor or factors.

This means that the legal avenues for the families of the passenger remain constrained to bringing a strict liability action under the Civil Aviation (Carrier’s Liability) Act 1959 (Cth) against the company holding the licence to operate the flight until the responsible party or parties for the cause or causes of the air crash are discovered.

Such actions must be commenced by 20 February 2019 due to a strict two-year limitation period.

Ultimately, we must all await the final findings of the Australian Transport Safety Bureau as to what has been the definitive cause or causes of this air crash in order to prevent similar tragedies from occurring.

A look at the legalities of the Essendon air crash