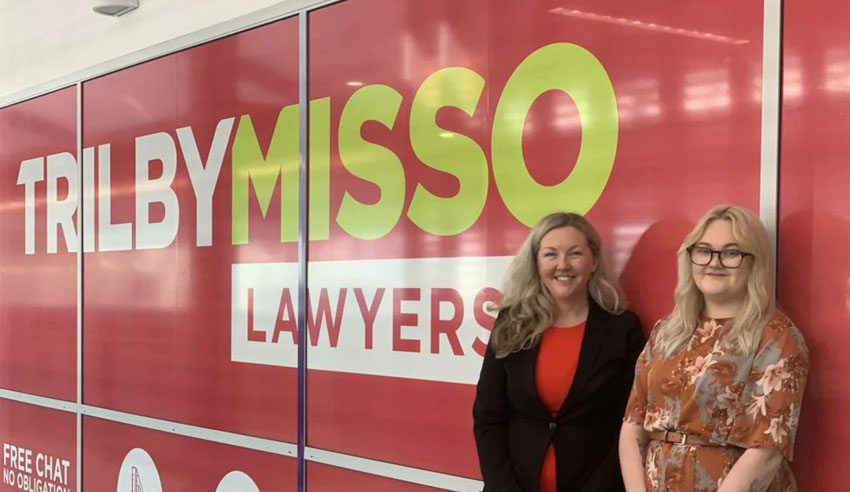 The resurrected firm has opened up a new office in the south-west Brisbane high-growth suburb of Springfield, just weeks after relaunching its brand in Queensland.

Personal injury law firm Trilby Misso is expanding from its Brisbane CBD headquarters and now has a presence in the Ipswich region at the Orion Springfield Central shopping centre.

Trilby Misso CEO Neil Fitzpatrick said there are plans to expand further through Queensland and possibly into other states.

“It’s very exciting to have an office in Springfield and we are also planning further expansion in South East Queensland including northside Brisbane and the Gold Coast,” Mr Fitzpatrick said.

“Our plans also include opening an office in Sydney. We are focused on providing excellent customer service and helping people in the community who have suffered misfortune and deserve justice.”

Founded in 1956, the Trilby Misso brand was sold to Slater and Gordon 10 years ago.

The Trilby Misso branding has now been bought back by a group led by Bill Andrews, one of the three partners who originally sold the firm.

Mr Fitzpatrick said Springfield is one of Queensland’s growth hotspots and the Trilby Misso team at Springfield will include a lawyer and two experienced paralegals.

“Our lawyer and senior associate Gillian McKnight was one of the old Trilby Misso team members and she has more than 15 [years] of legal industry experience,” he said.

“We’re here to help people with our new office in the heart of this rapidly growing community,” she said.

“The team at Trilby Misso [understands] taking legal action is stressful, and so we do all we can to make the process simple and to ease their distress.”

Mr Andrews, who was a partner at Trilby Misso for 32 years before the firm was sold, said it was a huge thrill to resurrect the Trilby Misso brand, which was founded more than 60 years ago by Sri-Lankan-raised lawyer Trilby Misso.

“It has been a great thrill to bring back the Trilby Misso brand and to also have so many of the former team return to the Brisbane CBD office and now Springfield,” he said.

“The original Trilby Misso Lawyers was Queensland’s first legal firm to focus on compensation law and offer ‘no win, no fee’ services to ensure people from all walks of life had access to justice.

“The new Trilby Misso is fully independent and has the same commitment to client care that’s always made the Trilby Misso brand one of the most recognised in Queensland.”