The Bar sells itself to Asia 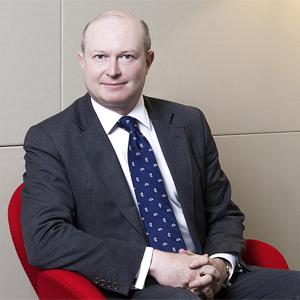 Barristers will spruik their wares in Singapore next month in a bid to raise the profile of the Australian Bar for international arbitration.

Daniel Meltz (pictured), a barrister from 12th Floor Wentworth Selborne Chambers in Sydney, is among the barristers who will speak at a conference called Arbitrating International Disputes in South East Asia to be held in Singapore on 3 December.

Meltz will discuss the topic of controlling costs in international arbitration to an audience of between 50 and 100 in-house counsel.

He told Lawyers Weekly that the event reflects the growing volume of international arbitration work coming from Singapore and other parts of Asia. He added that the Australian Bar needs to market its availability and expertise if it is to capitalise on this lucrative area.

“In the first instance, [the event] is going to be a profile raising exercise,” he explained.

Other speakers from the Chambers include Dr James Renwick SC, Terry Mehigan and Dr Christopher Ward.

Meltz said all of the barristers are highly-experienced in international arbitration matters.

“There’s quite a depth of experience on the floor that’s able to be brought to bear in this area,” he added.

The Chambers has partnered with the ICC International Court of International Arbitration, UK firm Stephenson Harwood and US firm Latham & Watkins.

Meltz revealed that he is the common link between the Chambers and the two global firms. He was introduced to Stephenson Harwood when he was practising in Switzerland in 1998. A few years later he established a relationship with Latham & Watkins while working in the international arbitration practice of Clifford Chance in London.

Meltz admitted that advocacy work in arbitrations in Singapore is dominated by the English Bar.

“We have been somewhat slower that the English Bar at recognising the importance of Asia in the international arbitration market and we would like to rectify that,” he said, adding that there are a number of advantages to working with Australian barristers, including similar time zones to Asia and cost savings associated with being closer geographically.

Other topics to be covered at the conference include: The Recent Wave of New Institutional Rules; Emergency Arbitrator Procedures; Recent Legal Developments in South East Asia, and Overcoming Resource Nationalism and State Expropriation.

The Bar sells itself to Asia