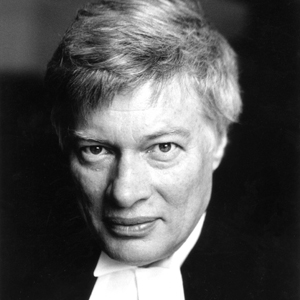 Robertson (pictured) has weighed in on some of the world’s most high-profile human rights cases, recently giving evidence to the UN Committee on the Rights of the Child over alleged cover-up of child sex abuse in the Catholic Church. He has also acted for Julian Assange and Salman Rushdie.

The respected barrister is now representing on a pro-bono basis three students who took part in a non-violent protest at the University of Sussex.

The students, labelled the ‘Farthing Five’ after the university’s vice-chancellor Michael Farthing, made headlines in December when they were suspended for what the university described as “persistent disruption” in a long-running campaign against the outsourcing of campus services, reported The Independent.

Farthing lifted the suspensions following demonstrations in support of the students, but said a disciplinary hearing this Friday (17 January) would still go ahead.

One of the students being represented by Robertson, Michael Segalov, described his counsel as “one of the top human rights lawyers in the world”.

He also told The Independent that the case against him attempts to “vilify our involvement in peaceful protest, part of a long tradition of student activism and integral to democratic principles, and this is deeply worrying”.

“The crackdown on protest seen all over the country is undoubtedly part of the worrying trend of marketisation in higher education,” he added.

Robertson is also acting for Adriano Merola Marotta and Lewis Nielsen. A fourth student is being represented by UK barrister Paul Bowen QC, while the fifth has had his hearing postponed until March while external investigations take place.