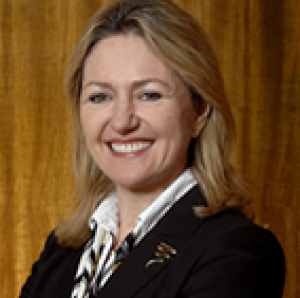 The corruption watchdog has claimed that the decision could threaten future inquiries.

“[The decision] fundamentally affects the scope of the Commission’s powers to conduct investigations into corrupt conduct,” ICAC said in a statement.

“It is critical to the exercise of the Commission’s powers generally that the construction of section 8 of the ICAC Act is settled.”

The High Court will now decide whether ICAC can resume its investigation.

Last Friday, two out of three Court of Appeal judges ruled that ICAC had “no power” to investigate allegations that Cunneen had perverted the course of justice.

Cunneen (pictured) has been accused of counselling her son’s girlfriend, Sophia Tilley, to “pretend to have chest pains” to avoid being breath-tested after being involved in a car accident earlier this year.

Justice John Basten and Justice Julie Ward claimed that Cunneen’s alleged behaviour did not fall within the meaning of “corrupt conduct” under section 8 of the ICAC Act because it did not cause a public official to act improperly.

Justice Bathurst, in dissent, argued that Cunneen’s ability to perform her duties as a public official could be compromised by conduct that led to an adverse outcome, such as the failure to obtain evidence that could have led to prosecution for an offence.

He added that such conduct could have frustrated or deflected court proceedings, or impaired the court’s capacity to do justice.

Lawyers Weekly contacted Cunneen after the Court of Appeal decision had been handed down, but she did not return calls prior to publication.

Like Bathurst, Hoeben claimed that interfering with an official investigation with the intention of deflecting criminal or disciplinary action could amount to perverting the course of justice.