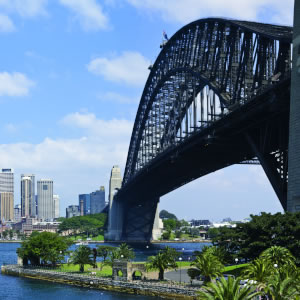 The announcement of the make-up of the new 2016 NSW Bar Association council, of which female barristers comprise a majority, marks the end of several tension-filled campaigns.

The election results, announced on Friday, revealed that 12 out of the 21 members of the 2016 council will be women.

Almost half of the 2015 Bar councillors did not get re-elected and three did not stand, including 2015 Bar president Jane Needham SC.

Sixty-four per cent of Bar members voted in the election, with 1,484 votes counted.

Mr Bennett said it was disappointing on a personal level to not get a seat on the council, but offered his congratulations to the newly elected members.

Meanwhile, Ms Cunneen told Lawyers Weekly she was “honoured to continue to work in the best interests of the barristers of NSW".

“The majority of the members who voted have made their position on some issues clear, and the democratic process has therefore served us very well,” she said.

The main issue debated in the lead-up to the election this year was the extent to which the Bar should take positions on political issues.

In September, Ms Cunneen sent a controversial email to members outlining her own position, which was against the Bar's "highly partisan forays into the public arena".

Mr Bennett and Ms Cunneen formed a 'political neutrality ticket' – with Ms Walker and Mr Phillips – along these lines.

According to Mr Bennett, the members in support of political neutrality were the same members that pushed for silks to have a choice between QC and SC at last year's election. Ms Walker has specified that she was not on the QC/SC ticket last year.

"We were virtually all elected last year and we've achieved that [change]," he said. "This year the various things were said about a different issue, which was the issue of the Bar commenting on political issues.

"The same group, which took the pro-choice line in relation to senior counsel, said that it supported a policy of the Bar only making statements on issues that directly concerned that Bar or the rule of law.

"We were described as the political neutrality ticket, which is a description that we didn't dispute. And we didn't get on. That's all that can be said."

The other 'ticket' reflected those in favour of the status quo, including silks Mr Hurley and Mr Moses.

Following an outbreak of sour emails, including a sharp exchange about the Bar’s knitting club, former NSW Bar president Ms Needham announced that she would not be standing for re-election. The 2016 president will be decided at the next Bar council meeting on Thursday.

Lawyers Weekly contacted several council members, but they chose not to comment.

Mr Bennett, however, told Lawyers Weekly that the elections were not as contentious as had been previously reported in the media.

“I don't think it was all that heated,” he said. “There were a few emails, and people took points of view. There was one email that was a little heated from a person who was not associated with either of the two tickets, but that's really all.”

*UPDATE: Ms Needham contacted Lawyers Weekly to clarify that her decision to step down after 18 months was made at the start of her term.

She said: "When I took on the position in May 2014 I determined not to stand beyond the 18 months, as the traditional length of a presidency is two one-year terms. I could have stood for re-election but it is a stressful position and I have a busy practice and a young family in addition to the presidential duties, so I stood down after 18 months."