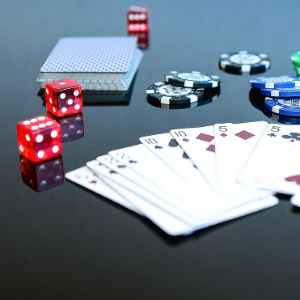 The alcohol and gambling industries are being eyed by the Australian Bar Association, which has proposed special businesses levies as alternative revenue sources for the nation's chronically underfunded legal aid services.

The Australian Bar Association (ABA) has offered its own alternative legal aid funding models to keep up with the nationwide demand for services.

Following a roundtable discussion in Brisbane this month, the group has touted money from the gambling and alcohol industries as a viable income stream to ensure legal aid services continue to meet demand.

ABA president Patrick O’Sullivan QC said the roundtable focused on the “precursors” to being caught up in the justice system.

“As part of the discussion, we looked at the precursors that lead people to come into contact with the justice system, such as alcohol and gambling.

“We need to have a good look at these issues and consider revenue-raising options from the alcohol and gambling industries to directly support legal assistance,” Mr O’Sullivan said.

In response to unsatisfactory funding commitments from governments in both federal and state quarters, Mr O’Sullivan said it had become imperative for the ABA to consider a different way of doing things.

“We know Australia’s legal assistance services, such as legal aid and community legal centres throughout the country, are in crisis and everyday Australians are being denied access to justice as a result.

“We also know governments are working with increasingly strained resources and are unlikely to be able to deliver the financial panacea to resolve the situation,” Mr O’Sullivan said.

In May the federal government released its official response to a landmark Productivity Commission Access to Justice Arrangements report. In response to 16 of the report’s 83 recommendations, the Commonwealth made a number of funding commitments, including $1.6 billion for legal aid commissions and community legal centres through the National Partnership Agreement.

A number of legal bodies, including the Law Council of Australia, National Legal Aid and the Law Society of Tasmania, said the committed funds fell nowhere near the $200 million injection that the Productivity Commission had flagged as immediately essential.

Among the solutions the ABA put forward are a series of proposals to raise revenue and initiatives to resolve more disputes out of court. It suggested establishing a legal assistance fund that would derive income from levies on the gambling and alcohol industries, speeding fines and high-income corporations.

Mr O’Sullivan said that if these innovative options were taken up, together with funding commitments from the federal and state governments, legal aid services need not flounder.

“It is critical that we have the governments’ continued commitment to legal assistance so that these options are not seen as a way to reduce current or future government funding.

“However, we also believe it is time to consider alternatives available to assist and support current funding sources,” he said.

The group is preparing a detailed discussion paper, to be presented to the federal government later this year.