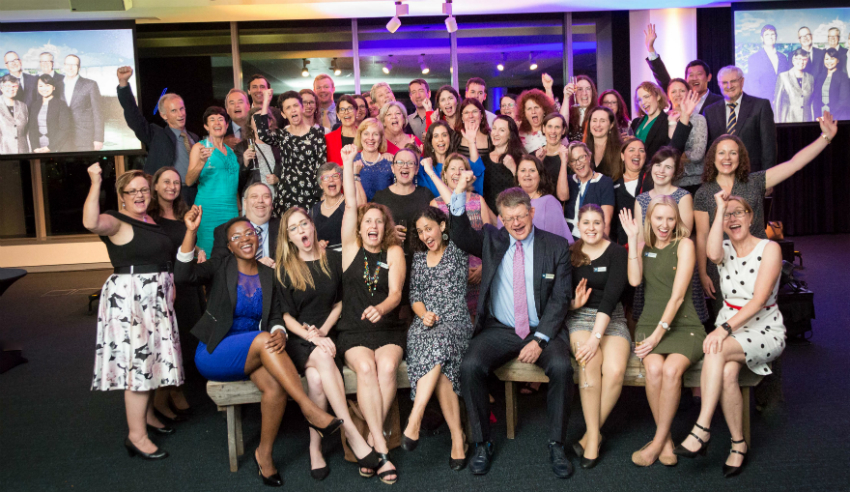 Celebrating 40 years since establishing a law course in 1977, the Queensland University of Technology has marked its anniversary by raising more than $39,000 for disadvantaged law students.

Earlier this month, Chief Justice Catherine Holmes addressed an audience of over 200, reflecting on the Practical Legal Training (PLT) studies that she undertook at the Queensland University of Technology (QUT) many years ago.

“I was still using the will and conveyancing precedents years later. It took me to court for the first time and lit a spark of enthusiasm for advocacy in me that never went out and shaped my future.”

The Chief Justice’s talk headlined the 40th anniversary celebrations in QUT’s law school. She joined a number of eminent guests who spoke on the night, including Vice-Chancellor Professor Peter Coaldrake and Executive Dean Professor John Humphrey.

“I would like to pay tribute to my current colleagues in the Law Faculty,” said Professor Humphrey.

“They are a dedicated bunch. They are passionate, caring and energetic as they seek to produce graduates who not only obtain employment but who have the skills and capacity to be leaders and make a difference to the development of their chosen professions as they face the challenges of the future,” he said.

After being matched by QUT, $39,370 was raised for the scholarship through event registrations, a silent auction, individual donations and a raffle, the university said.