Home>
The Bar>
The other pandemic: Sexual harassment and bullying in law 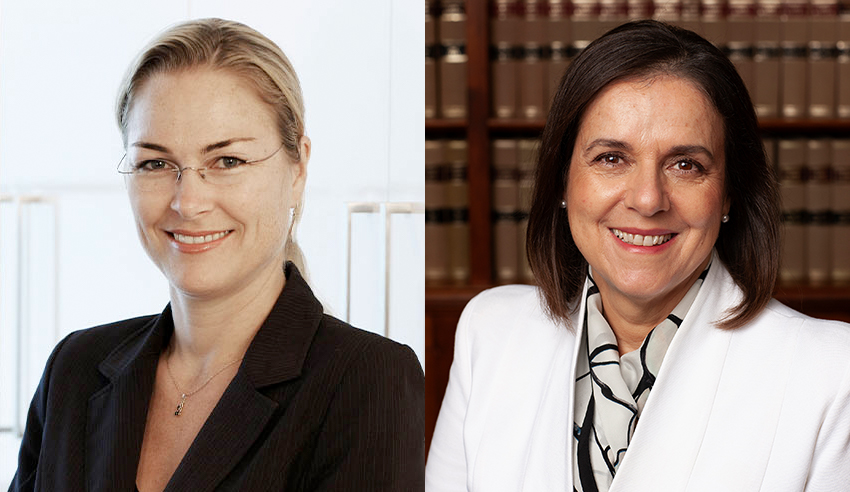 The key to eradicating ingrained cultural misconduct is reporting it, write Penny Thew and Kylie Nomchong.

With the damning words “The legal profession has a problem”, prefacing the 2019 International Bar Association report, Us Too? Bullying and Harassment in the Legal Profession, and the words “bullying and sexual harassment are rife in Australian legal workplaces” concluding it, the alarming culture of sexual harassment and bullying within the Australian legal profession was once again exposed.

The fearless statement by the Honourable Susan Kiefel AC, Chief Justice of Australia, in June this year regarding former High Court judge Dyson Heydon cast a sharp light on this disturbing problem. Whilst it was not news to women in the profession that sexual harassment has been a pervasive and ongoing part of life for women in the law, it was a truly cathartic moment for the issue to be so unconditionally and so publicly condemned by the most senior member of the Australian judiciary.

The IBA report disclosed that Australian legal professionals reported significantly higher rates than other countries of sexual harassment and bullying in a global survey of 135 countries.

As early as 1994, the Office of the Legal Services Commissioner had issued a statement in its annual report that year that complaints of sexual harassment or discrimination may amount to professional misconduct or unsatisfactory professional conduct even in the absence of a rule then proscribing such behaviour. By 2014, the predecessor to what is now rule 123 of the Legal Profession Uniform Conduct (Barristers) Rules 2015 prohibited barristers from engaging in sexual harassment, discrimination and/or workplace bullying. Similarly, by 2013 the predecessor to rule 42 of the Legal Profession Uniform Law Australian Solicitors’ Conduct Rules 2015 prohibited solicitors from engaging in such conduct.

Significantly, a breach of Barristers’ Rule 123 or Solicitors’ Rule 42 can now constitute professional misconduct or unsatisfactory professional conduct by operation of section 298(1)(a) of the Legal Profession Uniform Law.

Despite repeated recognition of the pervasive nature of the problem, as well as the implementation of rules prohibiting it, sexual harassment, bullying and discrimination across the profession persist and remain grossly under-reported. The most commonly cited reason for legal professionals not reporting such conduct, according to the IBA report, is fear of repercussion and a lack of confidence in reporting procedures, with a recommended solution being enhanced reporting mechanisms generally and the availability of bystander and anonymous reporting.

As a result, and importantly, in 2019 the OLSC implemented bystander and anonymous reporting, available on its website, allowing for a range of confidential, anonymous complaints to be made by those with any knowledge of sexual harassment, bullying and/or discrimination. Further, in July this year the NSW Bar Association issued a comprehensive guide to combat harassment and bullying within the profession, which included links to the anonymous reporting and complaint-making mechanisms.

Recognising what constitutes sexual harassment and bullying is a first step to the crucial reporting and consequent elimination of such conduct.

What is sexual harassment?

Under section 28A of the Sex Discrimination Act 1984 (Cth), sexual harassment occurs where a person engages in unwelcome conduct of a sexual nature in circumstances in which a reasonable person, having regard to all the circumstances, would have anticipated the possibility that the person harassed would be offended, humiliated or intimidated.

The circumstances to be taken into account in determining whether there was a possibility that the person harassed would be offended, humiliated or intimidated include the sex, age, sexual orientation, race, any disability and/or religious beliefs of the person harassed, among other statutory factors, and also include any power imbalance between the alleged harasser and person harassed.

What constitutes “unwelcome conduct” that is “of a sexual nature” has been considered in numerous decisions including, recently, by the Full Court in Hughes trading as Beesley and Hughes Lawyers v Hill. In that case, the principal of a law firm sent numerous emails to a junior solicitor containing numerous declarations of love. In Hughes, his honour Justice Nye Perram held at [23] (with Berna Collier and John Reeves JJ agreeing) that whether conduct was unwelcome is ordinarily to “be proved by the person allegedly harassed giving evidence that the conduct was unwelcome” but that “proof of this fact, like proof of any other fact, may be done by a variety of means”. In that case, the court concluded that “the unwelcome quality of the conduct” engaged in by Owen Hughes toward his employed solicitor was “painfully obvious”, given she had said so on multiple occasions. In particular, silence is not an indication that the conduct is welcome. The Full Court in addition found in Hughes that the repeated emails, requests for a relationship, lying in wait dressed only in underwear, misuse of personal information and other conduct of the principal of the law firm readily fell within the meaning of “conduct of a sexual nature”, observing that the conduct of Mr Hughes was “despicable” and that “It was also in every sense improper”.

Conduct of a sexual nature can include questioning or comments about a person’s private life, gender-based taunts or insults, sexually suggestive or lewd comments, jokes, pranks or remarks, exposure to sexually explicit or suggestive written or other published materials, including emails, videos and any other digital material, and physical conduct (including assault).

Findings that sexualised conduct by legal practitioners constitutes unprofessional conduct are not new. Almost 50 years ago, in Bar Association of Queensland v Lamb, the High Court recognised that “sexualised” solicitor-client conduct amounted to improper and unprofessional conduct by a solicitor seeking entry to the Queensland Bar. Similarly, in PLP v McGarvie and VCAT, a principal had his practising certificate cancelled for a period after being found to have sexually harassed a trainee by sexually explicit comments and requests for sex and “cuddles”.

Workplace bullying in breach of Barristers’ Rule 123 is defined as meaning “unreasonable behaviour that could reasonably be expected to intimidate, degrade, humiliate, isolate, alienate, or cause serious offence to a person working in a workplace”, where that conduct occurs in the course of practice. The definition under Solicitors’ Rule 42 is different, although it does contain the same element of “unreasonableness” as well as the requirement that regards it had to the subjective impact on the person targeted.

While there are few decided cases involving workplace bullying under Barristers’ Rule 123, Solicitors’ Rule 42 or similar professional conduct rules, to the extent that cases decided in other jurisdictions have dealt with some of the elements of “workplace bullying” within the professional conduct rules (such as “unreasonable conduct” expected to “intimidate, degrade [or] humiliate” a person), those authorities can inform the definition of workplace bullying associated with Barristers’ Rule 123 or Solicitors’ Rule 42.

In numerous cases in other jurisdictions workplace bullying has been held to be constituted by a wide range of conduct, including “aggressive managerial direction”, intimidating conduct and physical assault, as well as “coercion, threats, humiliation, shouting, sarcasm, victimisation, terrorising, singling-out, malicious pranks, physical abuse, verbal abuse, emotional abuse, belittling, bad faith, harassment, conspiracy to harm, ganging-up, isolation, freezing-out, ostracism, innuendo, rumour-mongering, disrespect, mobbing, mocking, victim-blaming and discrimination”. Such conduct has been categorised as bullying in a range of cases, including in one of the more extreme cases being Nationwide News v Naidu and other cases such as Swan v Monash Law Book Co-operative, Wearne v State of Victoria and Mac v Bank of Queensland Limited.

How can anonymous, confidential reports of sexual harassment and bullying be made?

The key to eradicating this imbedded conduct is reporting it.

As co-regulator of the legal profession in NSW, the OLSC is empowered to deal with conduct alleged to constitute a breach of either the Barristers’ Rules or the Solicitors’ Rules, and encourages the reporting of sexual harassment, bullying and discrimination from anyone with knowledge of it, particularly bystanders.

To this end, the OLSC webpage provides links for anonymous, confidential reporting by both bystander witnesses, anyone with knowledge of the conduct as well as those the subject of it, and also provides for the making of formal complaints.

Penny Thew and Kylie Nomchong SC are both Sydney-based barristers.