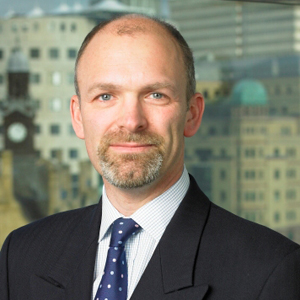 DLA Piper partner Stewart James has moved from the UK to join the firm’s government and intellectual property and technology practice in Canberra.

James has been a member of DLA's UK practice for more than 12 years and a partner for the last six. He specialises in commercial information and communications technology contracts, outsourcing, data privacy and information security.

As a key service provider to the UK public sector, James led the public sector group for the firm's Leeds office and was also the chair of the northern group of the Society for Computers and Law.

Caroline Atkins, DLA’s Canberra managing partner, said James will play an important role in the development and expansion of the firm’s government business as a key legal services provider on all four categories of the Government's Legal Services Multi-Use List.

James primary focus will be in the areas of public sector procurement and technology and sourcing, as well as data security and privacy, said Atkins.

Anthony Wills, Canberra-based partner and joint head of DLA Piper's IP and technology practice in Asia-Pacific, said: “Stewart's move further underlines Canberra's importance as a centre of excellence within the firm for information and communications technology as well as public sector procurement.”

DLA was recently appointed to all four categories of the Australian Government's Legal Services Multi-Use List. The Canberra team has advised on a number of recent high-profile government matters, including the Defence Review, the Department of Health & Ageing's Personally Controlled Electronic Health Records Project, the Department of Broadband's Digital Switchover Project and the Department of Finance's new Budget Management System Project.