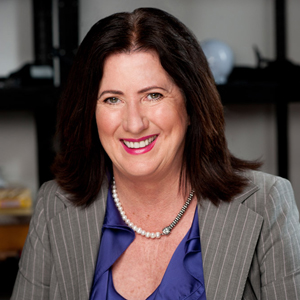 Law In Order has appointed an internationally-experienced expert as the first head of its eCourt Services Division.

Elizabeth Miller joined the legal document processing firm at the start of June.

Miller is hugely experienced in the area of eCourts, having worked on major inquiries in Edinburgh, Toronto and Cardiff, as well as with the International Criminal Court.

She was responsible for the design, implementation and operational management of eCourt in: the Supreme Court of Victoria (commercial and criminal); coroner’s inquiries in ACT; the Tax Inquiry of Canada; Welsh Assembly; the Federal Court of Australia (NSW, WA and Victoria), Supreme Court of Ontario and the Penrose Inquiry in Scotland.

“I originally worked doing litigation support and IT in law firms in the UK and Australia,” Miller explained to Lawyers Weekly.

“I first worked on the [2003] ACT bushfires in Canberra as part of the taskforce for the coroner ... [running] and managing the evidence with barristers, and from there that took me overseas.”

Her appointment was welcomed by Law In Order’s electronic division director Paul Gooderick, who described her as one of the company’s “greatest assets”.

He added: “[Miller’s] area of expertise makes her very unique and that adds immense value to our business.”

Miller’s new role at Law In Order will require her to establish e-trial models within the courts in Australia, “to not only display evidence but also to assist in the management of the evidence”.

Miller, who has also done work on a number of class actions in Australia and most recently worked at litigation support provider e.law, said that she thinks Australia is ahead compared to some other countries when it comes to using technology in the courts.

“[Courtrooms are] very modernised and the firms in Australia are receptive to electronic courtrooms.”

She added that she sees the area of eCourts becoming increasingly important, and that reducing costs is one of the reasons it is becoming more common for courts to use technology during trials.

“Courts are starting to become more electronic because there is value and the costs are a lot cheaper than they used to be, [provided] that the court has a good technology infrastructure anyway.”

However, she said that she doesn’t think that means courts will become paperless.

“I would like to see that, but if witnesses feel comfortable seeing paper and dealing with paper then paper should exist,” she said.

“I think that if someone is on the stand being cross-examined, having volumes of paper put in front of them is quite confronting. Most people are computer literate now and so to have the ability to look at electronic evidence on the screen ... is actually far more part of your working nature than to deal with paper; that is a generational thing as well,” she added.