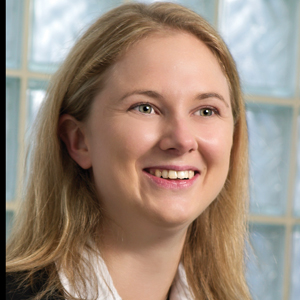 Clayton Utz has made three internal appointments to its partnership.

Scott Grahame and Orla McCoy have joined the partnership in the firm’s litigation & dispute resolution team in the firm’s Sydney office, while Anna Casellas (pictured) has become a partner in the workplace relations, employment & safety (WRES) team in Perth.

Casellas joined the Perth office of Clutz in 2001 as an articled clerk. In 2008, she was seconded to the Melbourne WRES team as it underwent a rapid expansion, before returning to Perth in 2011. She practises in all areas of workplace relations law and has extensive experience in industrial litigation and a focus on executive remuneration issues.

Grahame joined Clutz in 2006. In 2009 and 2010 he gained experience in the litigation department of Patterson Belknap Webb & Tyler in New York, before returning to Clutz. He has a wide range of commercial litigation experience and a particular focus on dispute resolution in the energy & resources sector.

McCoy joined the Clutz restructuring & insolvency team in 2002 from an in-house counsel role in Ireland. In 2005, she relocated to Amsterdam where she worked with Ernst & Young’s legal arm, and from 2006 to 2008 she worked with international firm Hogan Lovells in its London and Amsterdam offices. McCoy returned to Clutz in February 2009. In addition to her international and banking & finance experience she has extensive experience in the area of complex and long-running external administrations.

Commenting on the appointments, Clutz chief executive partner Darryl McDonough said: “The promotions of Anna, Scott and Orla to the partnership reflects our commitment as Australia’s leading independent law firm to excellence in all that we do.

“Each is an outstanding lawyer who understands the importance of delivering an exceptional client service, every time, and a commercial approach to achieving the right outcomes for our clients.”