How and why lawyers will benefit from better nutritional habits 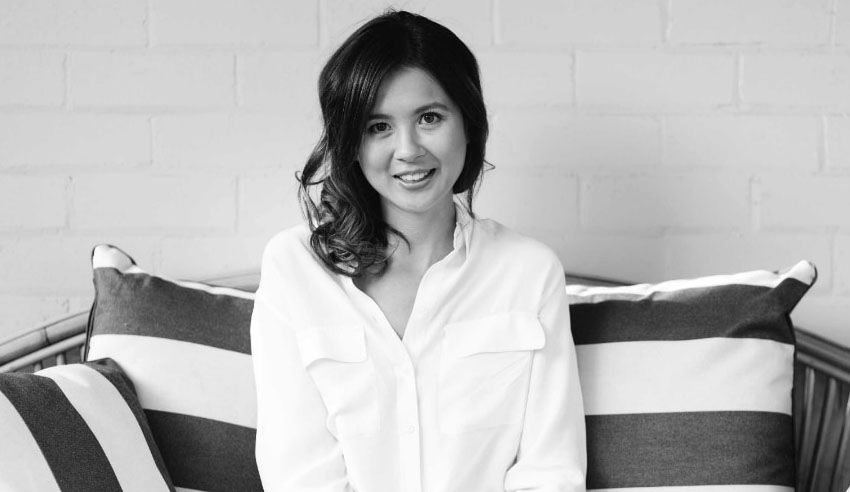 Legal professionals may think they do not have enough time or energy to eat properly. Not only is this not the case but doing so offers myriad boosts for one’s physical and professional health, argues one lawyer-turned-nutritionist.

The prevalence, causes and effects of anxiety, depression and related ailments on Australia’s lawyers are well known, but the deleterious impact of disordered eating patterns on the holistic wellness of legal professionals has only recently come to light. Last year, this writer (in conjunction with two West Australian academics) published research unveiling the quantum of lawyers whose disordered eating patterns are wreaking havoc on their health and wellbeing.

Speaking last week on The Lawyers Weekly Show, lawyer-turned-nutritionist Monique Cormack explained – both from personal experience and then her new vocational training – the dangers of maladaptive eating behaviours and how the right diet can lead to holistic wellness and professional benefits.

Ms Cormack – currently on maternity leave from her role as a senior conflicts analyst at King & Wood Mallesons – said that she first became interested in nutrition at a time in her life when she was not in a good headspace.

“It was probably at a time in my career where I was very unhappy in my job. I haven’t had many legal positions where I’ve been desperately unhappy, but I became interested in nutrition at first because I was really struggling with disordered eating. I was – to be honest – miserable and extremely thin, and I was probably interested in food for all the wrong reasons, which was a really difficult and challenging part of my life,” she reflected.

Having qualified as a solicitor 10 years ago, Ms Cormack said she used diet and exercise as a way “to control something in my life and feel I was on top of something that really spiraled out of control”. In other words, her introduction to nutrition education “stemmed from a slightly dark place”.

“Thankfully, I was able to turn that around and seek help and get myself into a much better place. Once I got to that better place, I found that the interest I had in nutrition – not what magazines and popular media [tell] you it is – was to actually know scientifically what was going on and how I could actually best look after myself and look after others.”

Now a qualified nutritionist, operating under her own name, Ms Cormack said that the two major differences she noticed when she started looking after herself properly by way of eating properly and not adhering to “crazy diets” were that she had vastly improved energy and mood levels.

“I think, naturally, I do tend towards being an anxious person and that’s something that I’ll always be and probably always have to deal with. But, certainly, when you’re actually taking care of yourself and eating well, it does help bring up your mood,” she said.

“It’s not going to be something that is the sole fix for mental health disorders, but it’s certainly an adjunctive form of therapy. When we're eating well, when we're taking care of ourselves, there's no magic pill for it. But when you are relatively consistent with healthy habits, you do have improved energy. You function better, you sleep better and you’re more conscious of what’s going on and you are able to handle stressful situations better.”

When asked about the capacity for lawyers to engage in maladaptive eating behaviours – including but not limited to skipping meals, eating at the wrong times of day, snacking rather than having proper meals and relying on caffeine – Ms Cormack said there is almost a sense within the legal community that such behaviours are “somewhat unavoidable”.

“It’s more a question in the legal industry probably of, ‘How can we limit those occurrences rather than how can we eradicate them?’” she said.

“There are a lot of professional services fields and even nonprofessional jobs where eating on the run or eating in your car or eating at your desk or not eating at all is just a consequence of a job and it is not the best, of course, for our health. And yeah, as a lawyer I certainly witnessed it. I certainly practiced it.

“I can recall many a skipped lunch or a dinner at my desk at about 10:00PM [as] that’s just the only convenient time there was to eat. I don’t think I worked anywhere where that really wasn’t the case.”

Law is always going to be a relatively stressful vocation, she opined, and there will be certain professional and workplace structures or routines that can’t be changed, or at least not overnight.

“I think if you go into something with catastrophic thinking and you’re quite negative, then of course the task is going to become more arduous and you often find yourself baffling through it because you don’t feel in control and you’re not able to back yourself and be positive and think that you’ve got this.”

When asked how best she and other nutritionists could motivate lawyers and incentivise the notion of healthy eating, Ms Cormack said the profession needs to dispel the perception that every foodstuff that is convenient is also unhealthy, as well as the idea that healthier meals will be time-consuming and require copious amounts of effort to put together.

“I think there’s a lot of stuff that you can do in terms of preparing a meal or organising food, or even buying certain things premade that are healthy choices. It’s more just about education and awareness,” she posited.

“Yes, a little bit of forward planning does help, but I think generally you could say that most lawyers are pretty good planners and that’s actually part of being a lawyer. You’re generally relatively organised and it’s just more an education and awareness piece.”

There is a lot of healthy stuff that doesn’t take more than 10 or 15 minutes, Ms Cormack continued.

One strategy she employs with clients in clinic, she said, is to get them to identify just a handful of solutions they could implement to make incremental changes to their weekly habits.

“What are two things that you could change next week that would make a difference? Could you put a snack in your bag, so you don’t get to your desk starving and then order Uber Eats? Could you buy something on Sunday and put it in the fridge? Even if it’s just a rotisserie chicken and a salad mix because you don’t have to cook either of those things. When you go to the food court, do you know somewhere you can go where you can buy something that’s healthier than the very first thing you go for? If you always get the same stir fry or something like that, that’s quite oily and rich, where can you go for a sandwich? Could you try something else instead?” she said.

“We do naturally tend towards being perfectionists, and when we can’t do something perfectly, sometimes we don’t want to do it at all. But I don’t think nutrition works like that, because it has to be adaptive to your circumstances. And, as a lawyer, sometimes we don’t have the greatest control over when we eat and how much time we have,” Ms Cormack submitted.

It all comes down to acknowledgment of one’s idiosyncratic needs day-to-day and ensuring that healthy eating habits can be accommodated for, rather than trying to fit into a cookie-cutter approach, she surmised.

“If it is possible to go and do some of your work from home and you have food there, then maybe you can go home and eat. If you know that’s not going to be a possibility, can you bring something with you? Can you prepare something on Sunday? It’s very popular that moment doing a little bit of meal prep. Can you freeze things on a Sunday that you can then defrost and either take with you or, leave for when you get home late at night?”

“So, what are some little things that you can do to put up that healthier buffer between you and your schedule? It doesn’t have to be perfect and it differs for everybody,” she said.

To listen to Jerome’s full conversation with Monique Cormack, click below:

How and why lawyers will benefit from better nutritional habits