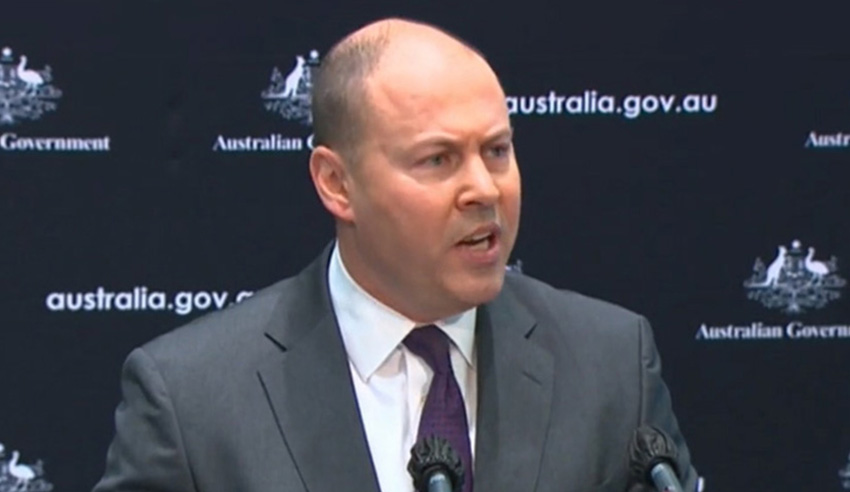 On Wednesday, 17 February, Treasurer Josh Frydenberg announced the federal government’s intention to make permanent the temporary changes to Australia’s continuous disclosure laws – brought in last year in the wake of COVID-19, and which are due to expire in March.

The Treasury Laws Amendment (2021 Measures No. 1) Bill will seek to amend the Corporations Act 2001, he said, so that companies and their officers will only be liable for civil penalty proceedings in respect of continuous disclosure obligations where they have acted with “knowledge, recklessness or negligence”.

The move, Mr Frydenberg said in a statement, comes on the back of the recommendations outlined by parliamentary joint committee for corporations and financial services in its report on litigation funding and class actions.

The changes, he argued, “will discourage opportunistic class actions under our continuous disclosure laws”.

“The bill also makes clear that companies and their officers are not liable for misleading and deceptive conduct in circumstances where the continuous disclosure obligations have been contravened unless the requisite ‘fault’ element is also proven,” he said.

The changes do not affect the Commonwealth’s ability, Mr Frydenberg noted, to prosecute criminal breaches, nor will it impede ASIC’s ability to issue infringement notices and administrative penalties without proving fault.

“The introduction of the fault element for private actions also more closely aligns Australia’s continuous disclosure regime with the approach taken in both the United States and the United Kingdom,” he posited.

“During the period the temporary fault element has been in place, Treasury has identified that there has been an increase in the number of material announcements to the market, relative to the same period last year.

“These changes strike the right balance between ensuring shareholders and the market are appropriately informed while also allowing companies to more confidently make forecasts of future earnings or provide guidance updates without facing the undue risk of class actions.”

Speaking to Lawyers Weekly, Shine Lawyers head of litigation and loss recovery Jan Saddler said that the announcement was “hardly a surprise, but nevertheless disappointing”.

“It is hard to see it as anything other than part of the current government’s continuing drive to shut down class actions and protect big business, rather than a genuine attempt to improve the efficiency of the market,” she submitted.

“Australia’s continuous disclosure laws are lauded by regulators, investors and experts as a cornerstone of market integrity, economic prosperity and exceptional corporate governance.”

Watering down the laws as such, Ms Saddler continued, is “fraught with danger”.

It will undermine, she said, the strength of Australia’s financial markets and “give a green light” to corporations to not be as vigilant in managing disclosures.

“I assume that what the Treasurer and those who lobby him are wanting to achieve is to stop all together class actions for continuous disclosure breaches, which in reality amount to only a handful of filed cases each year – the real cost will be to the Australian economy and how investors will respond to these proposed amendments in the short, medium and long term,” she said.

The move – taken together with the recent parliamentary inquiry and requirement for litigation funding to be conducted as a managed investment scheme – is “driven by a desire to appease the complaints of big businesses that don’t like their conduct being called to account when they do wrong, and to stymie the rights of everyday Australians to Keep Corporations Honest”, Ms Saddler opined.

Slater and Gordon head of class actions Ben Hardwick went further, saying making the changes permanent would help company directors get away with duping mum-and-dad investors and also weaken the economy by making it easier for directors to dodge accountability.

His comments follow a statement made in September of last year, when he referred to the extension of the temporary changes as a “wink and nudge to dishonest corporate behaviour”.

“Funny how the pandemic crisis has apparently abated enough to stop JobKeeper, but is still serious enough to warrant permanently watering down corporate responsibility,” said Mr Hardwick, speaking in his capacity as a spokesperson for Class Actions Australia.

“The ASX is about to hit an all-time high, and the Treasurer thinks it’s important to offer extra shields to company directors to avoid accountability. It’s madness.”

“Australia’s robust stock market disclosure laws mean investors can operate from a position of knowledge. Australian directors know they have to be open with the market or they might be accountable to their investors through a class action. Josh Frydenberg is apparently uncomfortable with this situation,” he said.

Mr Hardwick predicted that the proposed changes are unlikely to pass the Senate, given they are “not just morally wrong, but economically irresponsible”.

“Robust disclosure requirements and class actions are our economy’s best friend. If you truly believe in markets then you’ll consider transparency and accountability to be good things, because they allow investment to flow rationally. If, however, you prefer crony capitalism and protecting corporations from consequences then you’ll take a different view,” he debated.

“Josh Frydenberg has revealed his hand with this decision, but I suspect the Senate crossbench may have greater integrity when it comes to defending the true interests of investors and our markets. The last thing we should want is for Australia to develop an international reputation as a jurisdiction that’s soft on corporate misbehaviour. That’s a sure-fire way to dry up investment.”

In May of last year, Ms Saddler and Mr Hardwick – alongside Maurice Blackburn chief executive Jacob Varghese – said that the government shouldn’t cave to “hysterical messaging” about class actions.

“The move to better align our continuous disclosure regime with the approach taken in the UK and the US is also welcome, and will assist in particular multinational companies active in those places and Australia,” he surmised.

“We supported many of the recommendations made by the Parliamentary Joint Committee in December last year and encouraged the Government’s desire to now move ahead by clarifying and updating legislation that is in some cases decades old.”

Mr Harvey spoke to Lawyers Weekly in May of last year – together with Herbert Smith Freehills partners Jason Betts and Christine Tran and Clayton Utz special counsel Peter Sise – about how the then temporary changes to continuous disclosure laws could be a catalyst for lasting legislative change, making it harder to launch shareholder class actions.

“With this in mind, and the ASX Listing Rules on continuous disclosure unchanged, it is hard to see how the changes will practically water down corporate responsibility and have a negative effect on market integrity,” she said.

Moreover, she added, it is intriguing that the changes are to be considered “at the same time that changes to insider trading rules are being proposed and it appears there is a clear political push to make Australia an attractive and viable nursery for growth companies not of sufficient size to debut in the United States”.

Ultimately, Ms Paton deduced, the policy objective of the continuous disclosure regime is to enhance integrity and efficiency in Australian capital markets, limit insider trading and other market manipulation, thereby instilling confidence for investors and accountability for management.

“There is necessarily a tension between keeping the market fully or reasonably informed. The changes proposed do not remove the continuous disclosure obligation, however, they will limit the liability of directors in civil penalty cases to circumstances where the directors involved in the continuous disclosure breach acted with knowledge, recklessness or negligence,” she outlined.

“This seems appropriate to achieve better alignment between the policy objective and the public interest (and it is still less onerous for the private plaintiff than the US requirements).”

What about virtual AGMs?

Governance Institute of Australia also welcomed Mr Frydenberg’s announcement, but expressed concern that provisions to allow virtual annual general meetings have only been extended until September 2021.

“With the mini-AGM season about to start, this extension is welcome news, but it maintains the pre-COVID regime for the main 2021 AGM season,” Governance Institute CEO Megan Motto said.

“In 2020 the temporary relief measures helped hundreds of organisations run their AGMs using technology while adhering to social distancing requirements and also served to speed up a much-needed modernisation of business. However, failing to make the ability to hold virtual AGMs a permanent change is a significant missed opportunity that will perpetuate further uncertainty.”

Engagement with and participation at AGMs increased during COVID-19, Ms Motto pointed out, noting that technology played a “strong role as an enabler for this”.

“It would be a shame for this to go backwards,” she deduced, adding that the benefits of virtual AGMs spread much further than the ASX 200,” Ms Motto identified.

“Keeping these measures in a temporary state means that many organisations, eager for clarity and confidence, have been placed into an extended holding pattern.

“Virtual meetings and electronic shareholder communications were especially helpful for charities, membership associations, not-for-profit and other companies limited by guarantee with large member bases spread widely across Australia. One of these companies saved an estimated $1 million in 2020 by not sending paper AGM notices.”

In July 2020, FTI Consulting senior managing director Dawna Wright spoke on a Lawyers Weekly-hosted webcast – Class Actions in a Post-Pandemic Australia – about how legal departments will have to be especially diligent in protecting businesses from class action risk in the wake of continuous disclosure challenges.