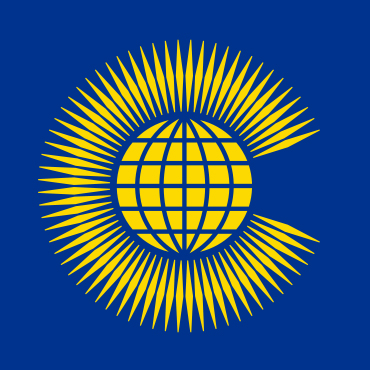 The Law Council of Australia will consider a resolution to suspend Sri Lanka from the Councils of the Commonwealth, but has not yet shown support for the move adopted by the Law Society of England and Wales this week._x000D_ _x000D_

The Law Council of Australia (LCA) will consider a resolution to suspend Sri Lanka from the Councils of the Commonwealth, but has not yet shown support for the move adopted by the Law Society of England and Wales this week.

The LCA said in a statement that it will make contact with the Bar Association of Sri Lanka for a brief in relation to the current status of the resolution and put the matter on the agenda of its board for further consideration “taking into account the views of the profession in Sri Lanka”.

It also urges members to reconsider holding the next Commonwealth Heads of Government (CHOG) meeting in Sri Lanka, as planned, from 15-17 November 2013.

The Law Society of England and Wales announced its support for the high-level international resolution at the 18th Commonwealth Law Conference, which concluded yesterday (18 April) in Cape Town, South Africa.

"When our shared values, including those respecting human rights and the rule of law, are under threat, we must act resolutely and hold firm,” said Lucy Scott-Moncrieff, president of the Law Society of England and Wales.

The government brought charges against Bandaranayake after she failed to grant the president's younger brother, Basil Rajapaksa, who is the economic development minister, greater financial and political power.

LCA president Joe Catanzariti said that, while the LCA does not comment on the politics of another country, it has written to the Government requesting they encourage the Sri Lankan government to respect the important roles that an independent legal profession and the rule of law play in democratic societies.

“It does not appear that the process that the Sri Lankan government has relied on to date to impeach the chief justice has involved strict observance [of the rule of law],” said Catanzariti.

The Minister for Foreign Affairs’ principal adviser responded to the LCA’s letter on 14 February and said that the Australian High Commissioner in Colombo had raised the Government’s concerns and would closely monitor developments.

The Bar Association of Sri Lanka appears to oppose the impeachment, stating on its website that it “unequivocally and with no reservations whatsoever condemns the decision to take up for debate the impeachment motion against … Chief Justice Bandaranayake based on the findings of the Parliamentary Select Committee, which was quashed by the Court of Appeal.”

The association called for its members in 78 branch associations to refrain from attending to their professional duties in protest on 10 and 11 January.

Sri Lanka's Lawyers Collective, which represents most of the 11,000 lawyers in the country, said it plans to challenge Bandaranayake’s dismissal by filing a fundamental rights violation case in the Supreme Court.

"It has hurt the very foundation of democracy in Sri Lanka," the organisation said in a statement.

Scott-Moncrieff said the Law Society of England and Wales remains committed to supporting those who do uphold the rule of law in Sri Lanka but cannot sit back and watch as politicians fail to abide by court orders.

President Rajapakse has tightened his hold on power since defeating Tamil rebels in 2009 in a large-scale military offensive that has ignited numerous allegations of human rights abuses on both sides.

The NSW Young Lawyers (NSWYL) assisted the International Commission of Jurists Australia (ICJA) with an evidence-gathering project to bring to light events of the closing stages of the civil war, including accusations that tens of thousands of Tamil civilians were killed by army shelling and denied humanitarian aid

In 2011, the NSWYL and ICJA urged the Federal Government to support calls for Sri Lanka to be suspended from the Commonwealth at the CHOG meeting in 2011 in Perth, to no avail.

Former NSWYL president Daniel Petrushnko said then that he was hopeful the country would not be allowed to host the event in 2013.

"[Suspension from the Commonwealth] has happened before for much less, in terms of what a country has done," he said.