Home/
News/
Lawyer strives to give animals a voice

Lawyer strives to give animals a voice 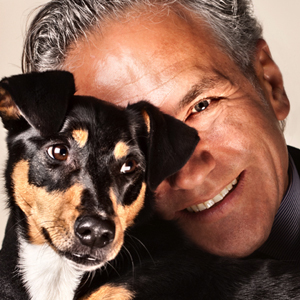 One of the world’s leading animal lawyers has said that animals should be protected under the Australian Constitution.

“We have to find the balance between human rights and the animal’s interest in the protection of dignity and against suffering [and the only way we can do this] is by bringing animals into the Constitution,” said Goetschel at the event, “Otherwise the ace of the criminal procedure is always ‘this is my human right, I can do with my animals whatever I like’... without (having animals in the Constitution) you will always lose.”

Switzerland changed its constitution in 1992 to recognise the inherent dignity of animals.

Goetschel, a partner at law firm Krepper Knecht Partner, explained: “We look at animals with a dignity similar to human dignity ... it has an inherent value ... animals should be more than just protected against suffering.”

“The use of animals is a fundamental right; the question is how we can restrict that right for the good ... of animals.”

Close to 400 people attended the lecture to hear one of the world’s leading animal law crusaders speak.

Goetschel held the role of ‘animal advocate’ in the Canton of Zurich in Switzerland for three years. The first role of its kind in the world, it involved him representing the interests of animals in court in cases involving animal mistreatment. He helped establish the office in 1992 and took up the position himself in 2007.

One of his most famous cases was a bit fishy – he represented a pike. In 2010, he took a fisherman who caught a pike to court for causing excessive suffering to the pike after he boasted to a local newspaper that he had spent about 10 minutes, and considerable physical effort, landing the fish.

Goetschel, who said he worked on about 180 animal law cases per year while in the animal advocate role, said having an animal advocate “strengthens the public awareness of animal matters”.

Goetschel, a vegetarian who has no pets and avoids taking medication because of his opposition to research on lab animals, was also dismissive of Government claims that Australia has “the strongest animal welfare framework worldwide”.

“This is what [governments] say everywhere ... it is a fairytale everywhere,” he said.

He also said he believed having a unified animal welfare act would strengthen the law here: “In Australia ... if [the laws are] uniform, the weakest will strengthen and the strongest will about stay the same.”

“To give animals a voice in NSW legislation would be wonderful,” he added.

The Voiceless Law Lecture Series continues until 13 May and is made up of a series of 12 lectures.

It will see Goetschel travel to a number of locations around Australia, including Melbourne, Brisbane, Perth, Hobart, Adelaide, Canberra and the Gold Coast, where he will be joined for the lecture by various local animal law experts.

Lawyer strives to give animals a voice