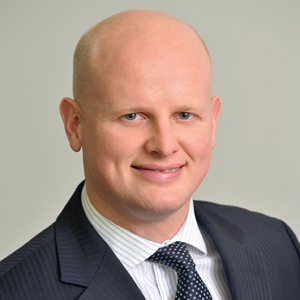 Some senior lawyers are being forced to take a pay cut when moving to an in-house role, an international recruiter has found.

Lawyers Weekly has exclusively obtained the results of an in-house salary survey by recruiter Charterhouse, which reveals that, as lawyers gain experience, their salaries level out and, in some cases, drop slightly.

Eight-year lawyers, in particular, are earning slightly less on the previous year.

“Some have taken fairly large drops [in salary] to move, just because there are fewer senior roles at the equivalent or management level,” said Daniel Stirling (pictured), head of Charterhouse’s in-house division.

Even worse off are senior lawyers moving in-house from private practice, Stirling told Lawyers Weekly. “If they can get the same salary [as they did in private practice], then they’ve done pretty well.”

He added that these lawyers can end up taking roles below their level of seniority just to get a foot in the door in an in-house department.

The In-house Legal Salary Survey 2013 painted a slightly more positive picture of in-house salaries at the junior level. Pay packets of lawyers with one to four years’ experience were stable on last year and, in some sectors, increased slightly.

Stirling claimed that demand for junior lawyers is being driven by cost pressures and the fact that in-house legal departments have become “top-heavy”.

Charterhouse interviewed in-house lawyers across all levels of experience from a variety of sectors, including financial services, construction, energy, IT, media and government.

Brian Rollo, head of in-house recruitment at Taylor Root, told Lawyers Weekly at the time that general counsels have greater control over bonus allocations than firm partners because lawyer performance is not judged on billable hours or levels of experience.

“The discrepancies in the value of bonuses paid to in-house employees is wider than it has been in previous years as more companies try to reward and retain talent by allocating a larger proportion of their bonus pool to their best performers,” he said.