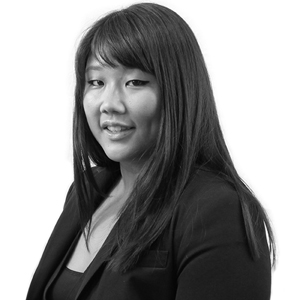 The finalists vying for one of three Open Universities Australia M&A Awards thrive on working in a high-pressure environment.

One can scarcely believe that Crystal Png (pictured top) is only 27. The senior associate from Norton Rose Fulbright has successfully built a warranty and indemnity insurance practice, with that group now receiving instructions from global insurers approximately once every two weeks as compared to around once every two months when the practice was first established. Crystal has also received an internal award for her work on an $80 million acquisition. “She has successfully built strong relationships with brokers and insurers, which has led to a thriving warranty and indemnity insurance practice and new instructions from those clients to other practice groups in the firm,” said NRF partner Con Boulougouris.

Lucy Repasky (pictured below left) from Corrs Chambers Westgarth so impressed a large client on a recent transaction that Corrs is now their “firm of choice”. In her submission, Lucy paid tribute to Corrs partners Jaclyn Riley-Smith and Sandy Mak as two influential mentors.  Mak was the winner of the Female Partner Award at last year’s Lawyers Weekly Women in Law Awards. “Internationally, in countries such as Norway, France and Spain, successful reforms have been implemented to strengthen the representation of women at senior levels,” said Lucy. “I believe that such reforms should be encouraged in law firms in Australia.”

Melbourne’s Jason van Grieken’s work is influencing noteworthy entities. The Arnold Bloch Leibler lawyer was given primary carriage on a recent matter in drafting numerous submissions to the Takeovers Panel. Jason’s work helped to secure a win for the client, with the decision of the Takeovers Panel now setting the benchmark for establishing an ‘association’. Like many young lawyers, Jason also believes the time is ripe for change in the wider profession. “With the influx of international firms into Australia, I believe the time is ripe for enterprising firms to abandon time-based billing,” he said.

One of two finalists in this blue riband category from Minter Ellison is Steven Wang (pictured below right). The 28 year-old has acted on some of Australia’s biggest deals over the past five years, including 7-Eleven’s acquisition of Mobil’s network of 280 service stations and the $8 billion merger in 2012 between Gloucester Coal and Yancoal Australia. Minters’ private equity and capital markets head, Jeremy Blackshaw, said Steven is often the “first port of call” for difficult questions when junior lawyers seek assistance.

Vanessa Warburton is no stranger to the winner’s podium, having been chosen as the Future Star Award winner at last year’s Lawyers Weekly Women in Law Awards. Vanessa has spent a great deal of the last 12 months on secondment in Minters’ Hong Kong office and is also a founding member of SuitUp!, a business networking group for young professionals. “Vanessa’s approach to dealing with both legal and non-legal personnel was exemplary and something that I have not witnessed in my dealings with other top-tier law firms,” said Lachlan McDonald, the general manager, corporate services with NSW Ports.

Carly White from Squire Sanders is active in and out of the office. She combines her practice with editing the firm’s Australia Corporate Alert publication and developing formal and informal training sessions for associates at the global firm. Carly was also recently invited to join the board of the Australian Gynaecological Cancer Foundation as a director. Squire Sanders Sydney managing partner Campbell Davidson said that he is “especially proud” of Carly’s work across precedents, associate training, marketing collateral and transaction reporting.