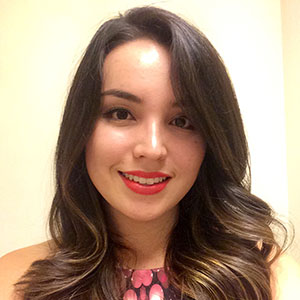 From women’s advocates to passionate animal lovers, the Law Student Award category in this year’s Lawyers Weekly Women in Law Awards has a wide range of nominees.

From women’s advocates to passionate animal lovers, the Law Student Award category in this year’s Lawyers Weekly Women in Law Awards has a wide range of nominees.

Deborah White (pictured), a University of Sydney student and corporate, banking and property law advisor at National Australia Bank (NAB), is one of five impressive finalists in this category, and it is easy to see why after finding out how she balances academic excellence with extracurricular activities.

The fact that Deborah is one of the first women in her family to receive a tertiary education makes her hold her head high.

“While there’s still a long way to go in terms of achieving full equality, I feel so fortunate to be in a society that actually allows women to pursue their professional ambitions,” she told Lawyers Weekly, as she prepares to start a graduate job at HWL Ebsworth next year.

Deborah has certainly been achieving her professional ambitions, demonstrated through her Merit Scholarship for Outstanding Academic and Extra-Curricular Achievement for balancing good grades with an active involvement in community and university activities.

Her most rewarding experience has been working for the Mongolian Ministry of Justice in Ulaanbaatar where she helped lawyers prepare contracts between Australian companies and the Mongolian Government.

Giving her tough competition is Sara Gajic, who recently completed a Masters of Laws at the University of Sydney, focusing on intellectual property, environmental and animal law.

Sara attended her first animal law public lecture in 2012, which sparked a passion in her for animal law, and she decided to immerse herself in it by enrolling in an elective unit at Macquarie University, where she completed her Bachelor’s degrees in Arts and Law.

She also took part in a 12-week internship program with the Pro Bono Animal Law Service of the Public Interest Law Clearing House.

Sarah works at See Saw Films and Fulcrum Media Finance as a legal assistant where she has acquired skills in finance, entertainment and intellectual property law. She also volunteers at animal protection institute Voiceless, where her role has included conducting legal research on factory farming, live export and kangaroo cull. She drafts submissions, articles for online publications, and edits material before publication.

“I initially enrolled in law because I knew that the study of the law could provide me with skills that were universally valuable and applicable, such as critical thinking and problem solving,” she said in her submission.

“She has undertaken a variety of legal tasks with a high level of competency, which includes preparing briefs to Counsel, drafting letters of advice, compiling List documents and drafting Trial Affidavits,” Black said in her submission.

“Not only has she tackled every task at hand, but she also actively participates in the firm's marketing activities, which is not expected of graduates until they are admitted.”

Tahlia graduated from Queensland University of Technology with first class honours and a law grade point average of 6.23 out of seven.

She received the Deans Research Scholar Award in 2012 for outstanding academic performance.

She was also chosen for the highly-competitive clerkship program in her penultimate year, which is usually reserved for final year students. But Tahlia clinched it due to her high GPA and solid results in criminal law.

Tahlia is accompanied by fellow MacDonnells graduate employee Roxanne Hart, who has been described as the “ultimate all rounded law student”.

She is part of committees, councils and clubs, is a mentor to other law students, all while working up to 40 hours a week as a paralegal/conveyance, a law clerk and a waitress.

Her achievements include coming first at the Sir George Kneipp Moot last year, and being an intern at the Aurora Native Title Project at the North Queensland Land Council helping disadvantaged indigenous Australians.

She has won awards for the highest grade in five subjects including torts, land law and company and partnership law, and holds a GPA of 6.2.

Rounding out the list is a nominee all the way from the UK: Candice van Tonder moved to Sydney in February this year, having completed a LLB Law Honours Degree at Kingston University, London.

She notched up a commendation from the College of Law in Guildford after finishing her postgraduate diploma.

Candice has worked in top law firms in the UK while studying, acting on behalf of clients in the retail, music regulatory and recruitment industries, juggling multiple litigation matters from inception to trial.

This included preparation of pleadings, summary judgment, interlocutory applications and winding up proceedings.

One achievement she is proud of while working at top UK firm Shoosmiths LLP was to look after a £20,000 case on behalf of a high-profile client, Global Radio.

Candice played a key role in negotiating a settlement deed with the parent company as guarantor for the subsidiary defendant to the value of £250,000, including client’s costs.

The Lawyers Weekly Women in Law Awards will be held at Melbourne’s Langham Hotel on Friday 17 October. You can purchase tickets here.