Law Firm of the Year pits globals against nationals 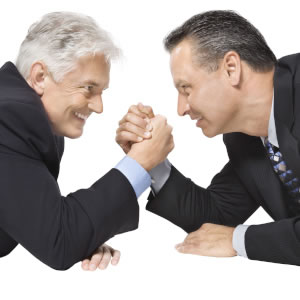 Firms that still call Australia home will face off against their more worldly rivals in the Australian Law Awards Law Firm of the Year category.

Three firms are back again after making the finalist list in 2014: Gilbert + Tobin, Herbert Smith Freehills and Salvos Legal.

Salvos Legal won in this category last year and is looking to make an impression through its strong performance over the past 12 months.

Salvos has a unique business strategy in that it shares all its profits with a sister firm, Salvos Legal Humanitarian, which is a full service free law firm for the disadvantaged and marginalised throughout New South Wales and Queensland.

This firm has funded over 13,500 pro bono cases to date, without government funding. It focuses on pro bono cases in criminal law, family and children's law, Centrelink, debt, housing, refugee and immigration law.

The firm aims to grow 20 per cent each year from 2015 to 2020. This should facilitate the delivery of $25 million of free legal services each year, which will equate to over 600 cases each week.

G+T also presented a strong submission this year, highlighting its involvement in high-profile and innovative transactions.

The firm advised Woolworths Holdings Limited (South Africa) on its $2.15 billion acquisition of David Jones. This successfully resolved a 17-year stalemate over the ownership of subsidiary Country Road.

G+T also acted as Australian counsel on behalf of Australian journalist Peter Greste. The firm worked with his Egyptian lawyers to achieve his release from an Egyptian jail and return to Australia.

HSF boasted more Chambers Band 1 rankings by practice group in Australia than any other firm in 2015.

The firm worked across some of the largest transactions in Australia over the past 12 months, including advising the Commonwealth government on the $5.89 billion IPO and privatisation of Medibank and advising Toll on the $6.5 billion takeover bid by Japan Post.

But these Australian Law Awards veterans have an uphill battle against a broader range of competitors this year, with DLA Piper, Ashurst, Baker & McKenzie, Clayton Utz, King & Wood Mallesons, Minter Ellison and Norton Rose Fulbright all making the finalist list.

Law Firm of the Year pits globals against nationals