Home/
News/
Awards attract the best of the profession

Awards attract the best of the profession 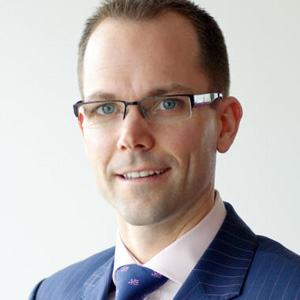 A record number of entries has seen a diverse and talented array of finalists selected for the Lawyers Weekly Law Awards, proudly sponsored by Michael Page Legal.

A record number of entries has seen a diverse and talented array of finalists selected for the Lawyers Weekly Law Awards, proudly sponsored by Michael Page Legal.

After an extremely difficult selection process, Lawyers Weekly is delighted to announce the finalists for the 10 categories open to private practice firms and practitioners, as well as The Law Student Award, proudly sponsored by the College of Law.

“I was very excited to hear I was nominated as a finalist,” said Andrew Maynes (pictured right), one of two finalists from King & Wood Mallesons for The Senior Associate Award.

Andrew, who relocated to the firm’s Sydney office with his wife (also a lawyer at KWM) and two young children from Melbourne at the start of the year, is joined by his KWM colleague Daniel Natale as a finalist in what was one of the most popular categories on the Awards’ agenda.

“Partners deserve recognition, but at the end of the day a lot of the work gets done by senior associates and lawyers at the firms,” said Andrew, when asked why legal awards should recognise all levels of the profession.

The Young Gun Award and The Law Student Award, proudly sponsored by the College of Law, are the two other noteworthy categories that celebrate the work of lawyers in the early stages of their career.

An Awards for all seasons

One of those new awards is The Boutique Law Firm of the Year.

This award recognises the growing importance and success of specialist firms.

“Talking to other managing partners and just seeing the fallout from some of the bigger firms, I think [the profession] will fragment and the mid-tier firms will struggle,” said Scott Kennedy (pictured below), the managing partner of Curwoods Lawyers.

The insurance specialists are one of six finalists for The Boutique Law Firm of the Year Award.

In addition to seeking to move away from hourly billing, Curwoods also has a marked point of difference from other firms with initiatives such as its Artist-in-Residence program.

“That has become a key part of the culture of the firm,” said Scott when talking about what makes the firm tick. “It is not just about the work.”

In addition to Curwoods, the five other firms to be selected as finalists are Blue Rock Law, Holley Nethercote, Webb Henderson, Wotton + Kearney and the IP specialists Wrays.

The Law Firm of the Year Award, proudly sponsored by CTPartners, will be one of the evening’s blue-ribbon prizes.

This award, which recognises firms that combine superior client service with internal policies fostering an engaged workforce, attracted many respondents from across the legal spectrum.

Kings of the legal woodpile

King & Wood Mallesons were the best-performing law firm, with nine selected finalists. In addition to two finalists for The Senior Associate Award, KWM picked up multiple finalist nominations for The Transaction Team Award and The Partner Award, proudly sponsored by Dolman.

NRF managing partner Wayne Spanner is one of six well-credentialed contenders vying for The Managing Partner of the Year Award, proudly sponsored by Burrows Legal.

Herbert Smith Freehills has seven finalists, including three contenders for The Dealmaker Award.

Former winners Tony Damian (2010), Rebecca Maslen-Stannage (2012) and Melbourne corporate head Michael Ziegelaar form half of the finalists in this category.

The other worthy finalists include 2011 Dealmaker winner Garry Besson; Nick Humphrey, the head of the corporate group at Sparke Helmore, and the leading private equity lawyer John Mann from K&L Gates.

A total of 27 law firms have finalists in the 11 categories open to the private practice sector. Geetha Nair from the Australian Government Solicitor is a finalist for The Pro Bono Award, proudly sponsored by Negocio Resolutions, with Rachel Lee from the University of Western Australia one of six finalists for The Law Student Award.

The other five finalists have all recently started placements at law firms.

Lawyers Weekly would like to sincerely thank all of the law firms and individuals that took the time to make a submission.

The selection of the finalists from such a high standard of submissions was an agonising task for the Lawyers Weekly editorial team.

The Awards will be held at Sydney’s Four Seasons Hotel on Friday 8 August.

The finalists in the 11 categories open to law firms at the 2014 Lawyers Weekly Law Awards, proudly sponsored by Michael Page Legal, are:

The Boutique Law Firm of the Year Award

The Law Firm of the Year Award, proudly sponsored by CTPartners

The Law Student Award, proudly sponsored by the College of Law

The Managing Partner of the Year Award, proudly sponsored by Burrows Legal

Minter Ellison: Restructure and Refinancing of the Port of Newcastle

Awards attract the best of the profession