Lawyers encouraged to ‘look deeper’ in to mental health 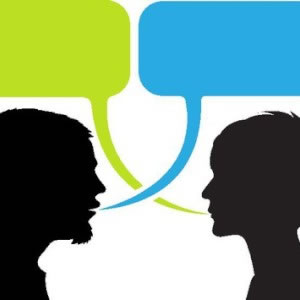 A new campaign launched by R U OK? and 18 law firms hopes to decrease stigma and increase awareness around mental health issues in the legal profession.

The 12-month mental health awareness campaign ‘Look Deeper’ was launched yesterday on the annual R U OK? Day to encourage all people in the legal profession to have genuine conversations about mental health.

Holding Redlich partner and R U OK? Day board member Kathryn Howard said: “Compared to other professions, statistics show that lawyers are four times more likely to develop depression – but many will fear admitting this.”

Ms Howard speculated that a combination of things such as a lawyer’s critical mind, perfectionist traits and the high time pressure of the industry is what causes lawyers to have higher rates of mental illness than other professions.

‘Look Deeper’ will see monthly videos and emails distributed, with people from the legal industry sharing their experience with mental illness, or how they helped others through mental illness.

“By having these conversations, we hope to reduce stigma, increase awareness and foster a sense of connectedness within our profession,” Ms Howard said.

R U OK? general manager Brendan Maher said: “We’ve found that many legal professionals feel the need to deflect enquiries into their emotional or mental wellbeing, in case it’s perceived as a poor reflection on their abilities and competence.”

Mr Maher said that lawyers often brush off the question ‘are you OK?’ with phrases like ‘fine, thanks’, ‘all good’ or ‘never been better’.

“This campaign addresses the importance of not accepting these responses at face value and encourages them to look deeper.”

Ms Howard said that while R U OK? Day is important, “this is a 365-day message – it's not just about this one day in September, it's about every day”.

“It’s really about having genuine and meaningful relationships so that everybody has somebody to turn to.”

Lawyers encouraged to ‘look deeper’ in to mental health