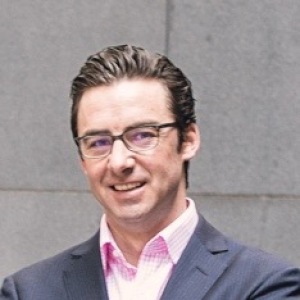 Law firms are likely to hire more contract lawyers in the future as the market responds to pricing pressure and uncertain workflow, according to one start-up's CEO.

In his view, there is a global trend towards greater flexibility in employment and the legal industry is on the cusp of participating in this new phenomenon, popularly termed the ‘gig economy’.

“With workflow being peaks and troughs, being able to tap into a contract lawyer market is something that makes good business sense [for law firms],” Mr Hardman said.

Pointing to statistics from the Intuit 2020 Report published in October 2010, Mr Hardman said contract workers are forecast to exceed 40 per cent of the workforce in the US by 2020.

According to the report, roughly 25 to 30 per cent of the current US workforce is contingent, and more than 80 per cent of large corporations plan to substantially increase their use of a flexible workforce.

Moreover, law firms perceive the use of contract lawyers to represent a permanent trend, according to an Altman Weil Flash survey conducted earlier this year. The survey involved 320 firms in the US and found that 72 per cent believed contract lawyers are here to stay.

“You look at that trend overseas and then you look at what's happening here with law firms having a lot of downward pressure on pricing,” continued Mr Hardman.

“They've done a lot of restructuring of their cost base but that downward pressure is still there. They need to find a better way of [responding].”

Crowd & Co is one of a number of companies entering the 'flexible lawyer' sector; Lexvoco, which puts lawyers ‘on call’ for in-house teams, is another.

Mr Hardman’s predictions of an expanding contract lawyer market are mirrored by legal consultant George Beaton, who has urged firms to move to a mixed employment model earlier rather than later.

Unlike online lawyer registry LawAdvisor, Crowd & Co has decided to implement a ratings system for lawyers who use the platform. Their 'score' will be constructed based on feedback from clients and will appear in the form of a public star rating.

Crowd & Co screens lawyers before adding them to the system by checking their practising certificate and requesting references from previous employers. They also conduct an optional background check (at the client’s request and for a fee).

Lawyers who fall below a certain star rating may, however, lose their place on the platform.

Clients can send private comments to contract lawyers upon completion in the form of constructive feedback (similar to a performance review) which can then be published on the website at the lawyer’s discretion.

This differs from the model of other online services, such as Airbnb, which are platforms seeking reviews and allow negative feedback to be publicly posted without oversight from the account holder.

“The rationale behind [not putting up all feedback] is it's a privacy issue,” said Mr Hardman. “Under our privacy laws, you need to be very careful as to what you publish about individuals. Individuals need to have a say in what gets published about them.”

But this does not mean that Airbnb is in violation of Australian privacy laws, according to Mr Hardman.

Mr Hardman adds that it is possible that lawyers would receive negative feedback even when the work done was technically perfect.

“[Maybe] it was simply that they just didn't get along,” he offered.

Despite the ways in which contract lawyering, according to Mr Hardman, is expected to develop the legal marketplace, he does not see his start-up as a disruptor.

“We are not trying to change the market,” he said. “We are not going to dictate if it’s a fixed fee or an hourly fee or a daily fee. Our view is that the market decides where it will move.”

Online platforms like Crowd & Co will help “law firms and corporates take some control over what's happening in the marketplace”, he said.

“There is a lot of noise in the market about where things should move,” said Mr Hardman. “Well, the market will eventually decide. That is our view.” 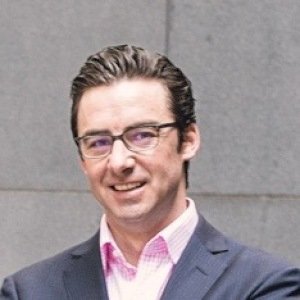