DV has worsened in a generation: Quentin Bryce 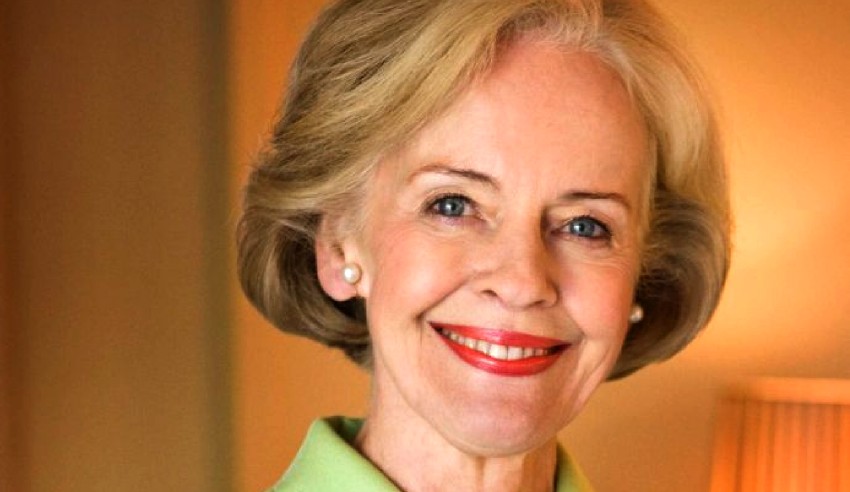 Former governor-general of Australia Dame Quentin Bryce AD CVO has spoken of her deep distress about the domestic violence crisis that is sweeping the nation.

Even after a long career in law and public service, 74-year-old Quentin Bryce (pictured) continued to work as a tireless advocate for victims of domestic and family violence. It is an issue that she has described as exacerbating over a generation and a cause of great personal distress.

“I have to say, I feel deeply distressed. When I talk to some of my closest friends who have worked in this field and around it, as I have for over a generation now, [I say that] we have to be looking at some new, big different ideas,” Dame Bryce told an audience at the International Bar Association (IBA) conference last Monday.

Dame Bryce said that while efforts in the 1970s to tackle the taboo surrounding domestic violence may have encouraged more people to speak up, there are people in Australia who still shy away from the topic.

“There are still very many people who don’t want to confront it. They turn away because it is so ugly,” she said.

Dame Bryce went on to suggest that discomfort about the topic, as a truth too ugly to bear, continued to hinder meaningful attempts to address domestic violence. Australia needed to shift this attitude and must do so urgently, she added.

Part of this undertaking included a commitment on the part of corporations and major employers to ensure more was done than mere box-ticking exercises, Dame Bryce said. For example, if a workplace policy was introduced with a view to supporting staff who were victims of family violence, she said it fell to the employer to see that those policies actually worked.

“When I look back on our work 45 years ago to break the silence and establish the first places of safety, refuges for women to get it out there into the community, we could never have imagined that we would now see domestic violence increasing in gravity and incidence every week,” Dame Bryce said.

“Unless we are hyper-vigilant about these things and about reforms for women they disappear,” she added.

In 2015, after her tenure as Australia’s 25th governor-general had ended, the Queensland state government invited Dame Bryce to chair a domestic violence taskforce. The efforts of the taskforce resulted in the Not Now, Not Ever report, which included a series of recommendations to address a situation that the former govern-general said worsened in recent times.

According to 2012 statistics from a personal safety survey conducted by the Australian Bureau of Statistics, one in six Australian women reported experiencing physical or sexual violence from a current or former partner since 15 years of age. For men, one in 19 reported the same.

The same research found that it was more likely for a perpetrator of violence to be male than female, with three times as many victims having been subject to violence from a man.

“Every day when you open the paper or when you turn on the radio in the morning, one of the first reports will be a domestic violence case,” Dame Bryce said.

“I am desperately concerned that we now have it on the agenda, we keep it there. It is now crucial for all of us to ask ourselves: ‘What am I [going] to do about domestic violence in the workplace, in my sporting club, in every single thing?’,” she said

Dame Bryce, who was the first woman to hold the position of governor-general in Australia from 2008-14, said that her experience travelling through Queensland for the domestic violence taskforce was harrowing .

“I spent two years [on the taskforce], travelling throughout Queensland, going to every community. I know that state like the back of my hand and it was a very harrowing experience,” Dame Bryce said.

The former governor-general said that while history delivered important symbolic steps to show that society was moving in addressing domestic violence more seriously, the danger so many women and families face had not disappeared.

Her remarks were made as part of a panel discussion about how domestic and international laws helped or hindered the advancement of women around the world.

“I wish I could say I was, because I am of course an optimist and we must be positive,” Dame Bryce said.

“But as I sit here, I am conscious of the fact that in my state, Queensland, hundreds of women will be victims of domestic violence during this week.

“Perhaps 200 women today, very likely will ring the police to make a complaint of domestic violence, to see support and some safety,” she said.

On Monday, the government announced it would expand funding for specialist domestic violence units to accommodate six new targeted service providers and additional resources for a pre-existing unit.

According to a statement from the AG’s office, the new services “will build on the early learnings and successes of the existing units, while continuing to refine the integrated legal and social support model.”

Twelve such domestic violence units are already providing legal and social support for victims of family violence. Through partnerships with a wider network of service providers, the units offer assistance in financial counselling, crisis support and accommodation and mental health support.

An evaluation of the pilot program is expected to have finalised by the end of next year.

DV has worsened in a generation: Quentin Bryce