Home>
The Bar>
Barristers must ‘embrace digital’ or be left behind

Barristers must ‘embrace digital’ or be left behind 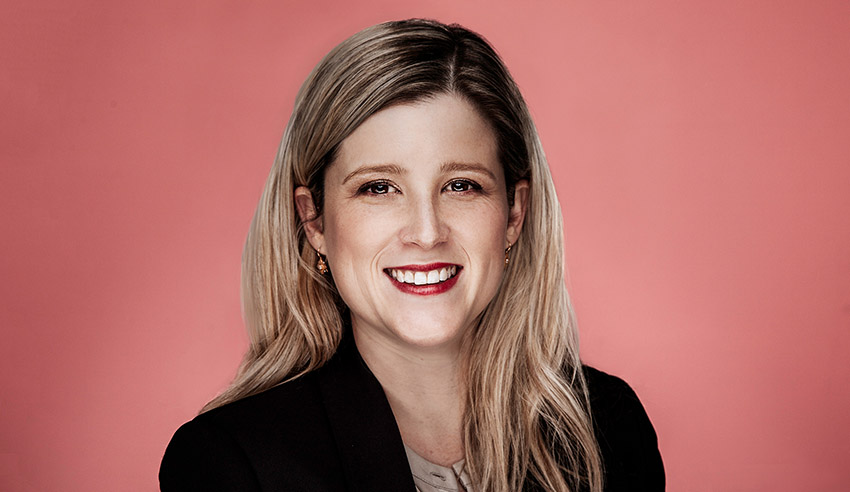 As a whole, the legal profession is running the risk of being left behind by technological advancements, and barristers – especially senior ones – must do more to adapt, argues one legal consultant.

Members of the bar, like all other legal practitioners, need “cognitive diversity” to address questions about the future of law (including algorithmic law, automation and data-driven legal advice) and also understand the new context in which the law now operates, says Inkling Legal Design founder Sara Rayment (pictured).

“Our clients have been embracing this technology for years now and the recent spate of high-profile controversies around data and AI are examples of that,” said the former Sparke Helmore associate and University of Newcastle associate professor.

“Collectively, the bar plays a critical role in upholding the rule of law. The bench relies upon them for skilled and rigorous advocacy to ventilate the genuine issues in order to protect the individual from the powerful. That role is potentially more important than ever. As individuals find their rights infringed in unprecedented and Orwellian ways, the bar plays a critical role in overcoming the inadequacies of law that are likely to lag far behind the pace of digital disruption.”

Ms Rayments’ comments follow her presentation on the same topic at the “Convergence” Conference, hosted by the Australian Bar Association recently in Singapore, at which she said that the legal profession as a whole is being left behind, and barristers are not excluded from that summation.

For those barristers, however, the scenario ahead differs vastly from those in forms, she noted.

“Where they differ to law firms is that they don’t have a shared pool of resources to invest in transforming their practice. Barristers, solo practitioners and small law firms have difficulty accessing decent legal technology because the pricing and business models tend to favour large organisations,” she mused.

“Investment in a range of legal technology platforms by an individual just isn’t economical. While there are advantages to many of the generic technology platforms available, these typically don’t comply with the strict data and confidentially requirements imposed on the legal profession, e.g. data is stored overseas. So, barristers are very much at risk of never really starting their digital transformation journey.”

Many senior barristers perceive technology as something that isn’t directly relevant to their role.

“It’s not for a lack of aptitude as is often expected when we refer to ‘older’ barristers. These are the generations who survived the arrival of the facsimile, the internet and email. Senior barristers are better placed in some ways to explore important questions about the future of legal practice and the bar’s role,” Ms Rayment said.

“But for those with retirement on the horizon, there is little incentive to invest the time required to understand the new wave of digitalisation. Despite this intention, we’re seeing people remain in practice for longer than anticipated and so there is a skills gap. But it’s not the inability of senior barristers to code that is a concern.

“It’s more about leadership and legacy in the face of turbulent transformation,” she added.

Do younger barristers have an advantage?

But this does not necessarily mean that those coming through the ranks will be better placed, Ms Rayment warned.

“The younger generations are perceived as having an advantage but the kinds of technology impacting practice are not typically those which younger barristers have been exposed to. Fluency in social media shouldn’t be equated to data science, software development or machine learning and yet that’s exactly what’s happening,” she advised.

“Younger barristers are also in the process of building their practice and do not generally have the time or resources to invest in exploring new technology where the return on that endeavour is uncertain.”

So, she surmised, there is a lot of pressure on younger practitioners “to have all the answers when it comes to technology”, which is ultimately unrealistic, she said.

“There is also an expectation that they will inherit the critical unanswered questions around the future of law,” she said.

How can legal tech ensure no one is left behind?

“If individual sales aren’t part of the business model then there are other ways to cluster solo practitioners if the appropriate information barriers and access options are in place,” she said.

“For example, the digital marketplace could help facilitate ‘groups’ of individual users who are not an organisation or ‘legal entity’ per se (such as a floor of barristers) to help lower some of the barriers to investment in innovation for solo practitioners. Sort of like a buying group for digital services.”

This does not discount, however, the work that each practitioner must themselves do to ensure that not only can they keep pace but that they can flourish into the future.

“At the individual level, the more immediate impact of technology is a refinement of the services they already provide; a lifting of the burden of repetitive work, the sharpening of analytical rigour that is backed by quantitative data and the increased clarity on potential outcomes and the factors which contribute or detract from legal certainty,” Ms Rayment said.

“For the most part, barristers will be able to provide objective analyses for the crystal ball gazing their clients so often request.”

Barristers must ‘embrace digital’ or be left behind