‘I never believed recovery was going to be possible for me’ 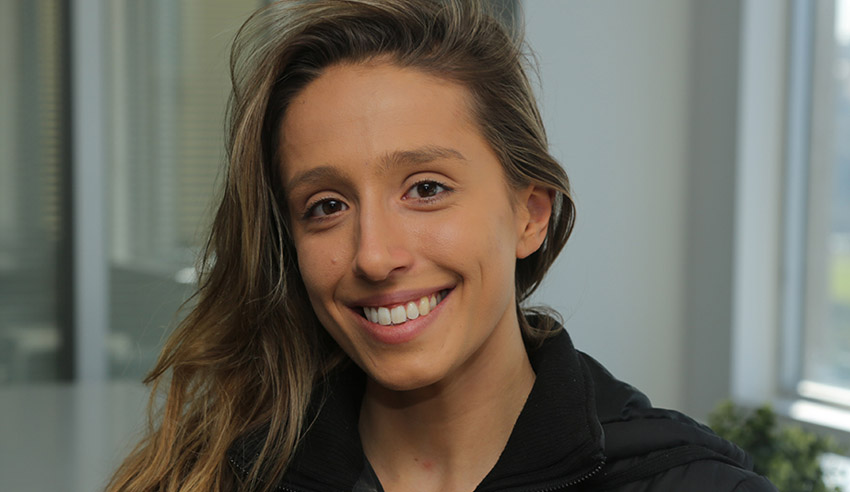 A combination of writing, hitting the gym, playing rugby and adopting a new outlook has provided student Sophia Hatzis with all the tools needed to remain healthy, happy and motivated.

Ms Hatzis was diagnosed with anorexia at the age of 13, an illness which “completely consumed her”, resulted in hospitalisation and contributed to eventual additional diagnoses of anxiety and depression.

“Mealtimes were just hell in our household,” she recounted, as she would refuse to eat, lie and manipulate her way around consumption. By her own admission, she stopped being a good friend and daughter in the process.

“I’ve learned a lot in the nine years since then, but it wasn’t like I became anorexic and I got treated and I got over it. it’s been a long, long process of recovery,” she said.

The impact of eating disorders on young people

Speaking recently on The Wellness Daily Show (Lawyers Weekly’s sister title), Ms Hatzis – a law and journalism student who also works as a digital content producer – explained that the relationship one has with an eating disorder is more than what you simply see in the mirror on a daily basis.

“For me, my eating disorder consumed every single moment of every single day of my life. It was everything from feeling my body the moment that I woke up to being, my thoughts being completely consumed about when the next opportunity I was going to have to exercise would be, or what I was going to eat next or how I was going to sort of mold my day around making myself fitter or healthier or stronger or better,” she reflected.

“When you do look in the mirror and when you look at photos of yourself, you do get reminded of your insecurities. For me, a lot of that was just around every single part of my body. There was nothing that I was happy with. There was nothing that I was satisfied with. I was just always left with this sense that I wasn't enough and that I needed to do more and that I needed to continue on this path, whatever that path was.”

In the years from her initial diagnosis at the age of 13 through to when she went to university, Ms Hatzis said there were periods where her eating disorder wasn’t as severe and she was living “a normal life by anyone else’s standards”, she noted, but on the inside, the behavioural patterns were still there.

It wasn’t until 2015, when she started her law and journalism degrees at the University of Technology, Sydney, that something changed for her.

“About April of that year, I was getting really sick again. I was going down a really negative path with my eating and my exercise and I was starting to get really consumed again by my eating disorder. And I had this moment, I remember it so clearly, I was finished with uni for the day and my boyfriend was there at the time and we decided that we would go out to Chinatown,” she said.

“I was just so nervous about what food was going to be available and what I was going to eat. I just was walking down Chinatown in Sydney and I turned to him and I said, ‘I can’t do this anymore. This can’t be my life forever. I need help’.”

From that point on, Ms Hatzis explained, she was “serious and ready” to turn things around.

Writing about her experiences and offering advice to others was a “really cathartic” avenue through which Ms Hatzis could take stock of her experiences and learn from them – most notably though her blog, The Beauty Breakdown, aimed at teenage girls.

“It’s always been a way to articulate problems and get them out of my head and onto paper. So, it was kind of a combination of something that I needed for myself but also that I thought was going to be really potentially valuable to other people” she said.

“And it ended up being something that wasn’t just about eating disorders, but was also about the anxiety that I had experienced and the depressive moments that I had gone through and how I was sort of learning to get over that and be kind to myself.”

Elsewhere, the gym has “really transformed my sense of self and self-confidence”, she continued, while noting that enjoyment of lifting weights and high-intensity workouts was a slow burn.

“The exercise was often painful for really long periods of time. And I was doing movement that I really hated, but I was doing it because I felt like it was what I had to do to achieve the goal, which was to lose weight,” she said.

“My boyfriend really taught me that exercise can have a different purpose, and that you don’t need to punish yourself in the gym or outside the gym and you can find the kind of movement that’s right for you. My family was concerned when I first started recovery that getting into the gym was going to be a problem for me because they were worried that it was going to be all about aesthetics.

“I won’t sit here and say that that didn’t come into my mind at the start, but over time and over the last couple of years, it’s really just been a place where I’ve been able to feel really comfortable and I’ve gotten stronger over that time and it’s really become a place where I feel safe and where I feel good about myself and where I can really realise what my body is capable of.”

Finally, discovering rugby was hugely influential in ensuring there was no turning back, Ms Hatzis said.

“I think it’s given me a real appreciation for fitness in a bit of a different light. But mostly, I think it’s been separate from the body and it’s been more about the community and the value of having those friendships that are extremely tight,” she said.

“The friendships that you develop on the rugby field in training are very different to the ones that you, this is my experience that I’ve had in other aspects of my life, and we all really respect each other.”

When asked how best young people, particularly students, can help stave off the mental health issues that she suffered up until the early stages of her tertiary education, Ms Hatzis said it is fundamentally important for young people to feel that their body “is more than just what it looks like”.

“If you’re surrounded by the proper support networks who want to develop you and want to make sure that you feel strong and that you feel fit and healthy, those are the people that you want to seek out,” she said.

When she was going through the darkest moments of her life – when she thought “this was going to be my future forever” – she wholeheartedly believed that, she recounted.

“Now, it’s just part of my normal life. You can get better. You can. It’s possible.”

To listen to Jerome’s full conversation with Sophia Hatzis, click below:

‘I never believed recovery was going to be possible for me’