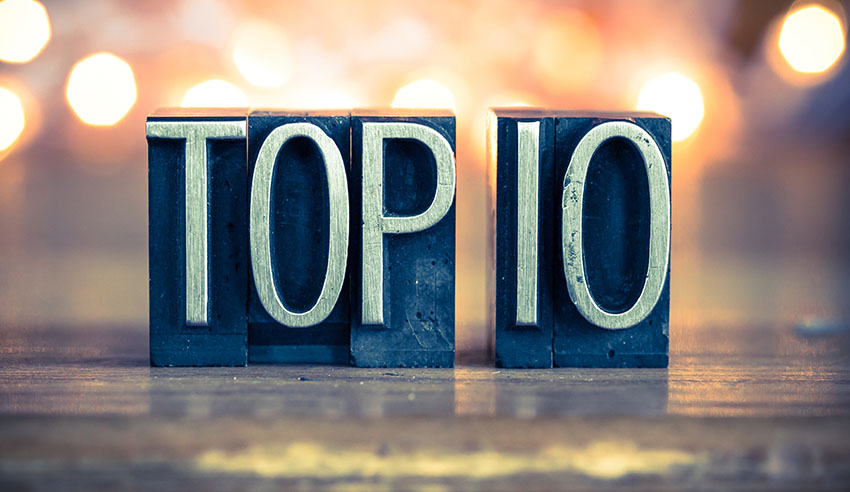 2019 turned out to be a big year for the law profession, from the events that recognised lawyers and firms standing out from the pack, the new mergers and appointments that shaped the way we know our firms and the cases that rocked the world.

To reflect back on the year that it was, Lawyers Weekly looked at what the profession was most excited about. From the looks of it, law has gone through a lot of big change and we’re ready to see how this trend continues in the new year.

10. “I’d rather lick the floor of the bus than talk to a law student”
Kicking off this year’s list is an opinion from Flynne Tytherleigh. She looked at the law students who are plugging away in their final years of law school and are dealing with issues like clerkship anxiety, toxic levels of competition and the stress-packed need to choose between corporate law or a more social justice-flavoured career.

9. Lawyer X identity confirmed
The Lawyer X scandal would quickly become one of the biggest and ongoing cases in Australian law. In March, the identity of the barrister-turned-police snitch was revealed as Nicola Gobbo, a criminal defence barrister who advised (and then informed on) the major gangland criminals of Melbourne, such as Tony Mokbel and Carl Williams.

8. HWL Ebsworth confirms upcoming merger
In August, firm HWL Ebsworth Lawyers announced it had merged with a firm based in Western Australia, Bellanhouse Lawyers. The move saw five of Bellanhouse Lawyers partners make the move to HWL Ebsworth’s Perth office, bringing their legal team with them. A managing partner said it was inspired by “extraordinary” success of the firms.

7. 2019’s Top 25 attraction firms named
Momentum Intelligence, in partnership with Lawyers Weekly, took a look at the top 25 firms and broke down what made them appealing to lawyers. The results saw previous number one Herbert Smith Freehill’s knocked down to second, ending a streak which lasted four years. MinterEllison and King & Wood Mallesons were close contenders.

6. 400,000 NAB customers may be eligible for consumer credit class action
Slater and Gordon announced that almost half a million Australians were due for notice from the Federal Court advising them of an “insurance rip-off” class action, in what the firm described as “one of the largest court-ordered notices in Australian legal history”.

3. Piper Alderman responds to suit brought by own partner
Starting the top three list is the news that one of Piper Alderman’s own partner brought the human rights suit against them. Lexia Wilson filed an application in the Australia Federal Court under the Australian Human Rights Commission Act, with court filings denoting it was an application pertaining to “sex”. We followed the rest of this story closely.

2. High Court rules on George Pell appeal
Disgraced cardinal George Pell was granted a final chance to appeal his historic child sexual abuse offences. It was one of those decisions that divided the world, especially the legal profession. The High Court of Australia agreed to hear the appeal arguments in a special full court sitting, which considered application for leave and the case.

1. 30 Under 30 finalists revealed
The most-read story of 2019 was the reveal of our finalists for the 30 Under 30 awards. In 2019, 265 young lawyers across a broad range of firms, organisations and industry made the finalist list and was recognised at a black-tie event in Sydney.