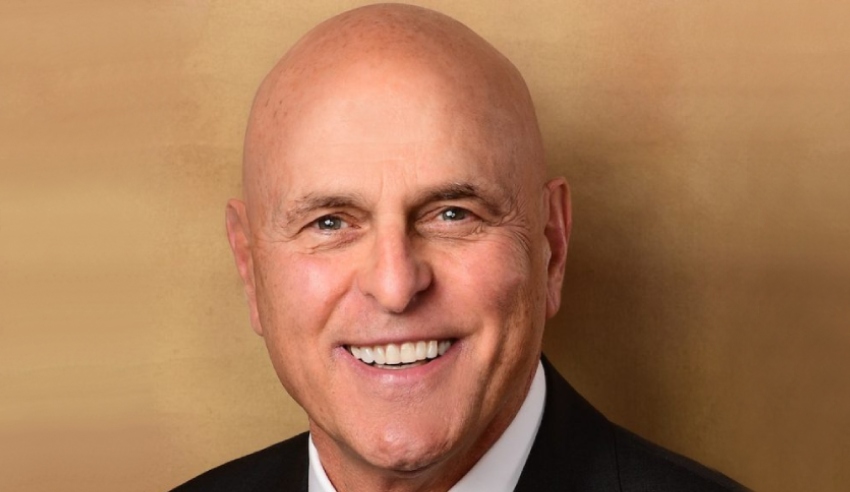 In the space of a week, the New Liberals leader and former prosecutor has indicated there will be private legal action against Christian Porter, has found credibility in the evidence and has retained an experienced criminal barrister. In talks with Lawyers Weekly, Victor Kline outlines the new legal threat against the former attorney-general and why he’s doing it for all women abused or humiliated by politicians.

On the day the Federal Court released a dossier detailing harrowing rape allegations against Christian Porter by a woman known to the courts as AB, New Liberals candidate and solicitor Vania Holt rang Victor Kline to tell him there was a “real case” to be found in it. Three days later, a plan to launch private legal action against Mr Porter – who has always strenuously denied the accusations – was put in motion.

“As ex-prosecutors, and as lawyers in general, we are aware of the tricks of the self-serving statements, the spins, the reflections that you see in almost every statement,” Mr Kline told Lawyers Weekly. “This was not that. It was absolute warts and all, she didn’t spare herself in this. It was an absolutely credible, believable piece of evidence. It is nearly enough for a reasonable jury properly instructed to convict.”

Beyond the dossier, Mr Kline said credibility could also be found in other statements by people closest to AB, contemporaneous notes and a number of witnesses who were there at the time. They have also been in touch with AB’s friends and have discovered evidence – behind a suppression – that could be even stronger.

On that third day after the dossier was released, Mr Kline said they were “absolutely convinced” that the NSW Police were not going to do anything “for the simple reason that they had closed off an investigation” despite having evidence before them. On top of that, he said the investigatory body had failed in the “number one thing” it should have done: interview the accused at the centre of the allegations.

When asked about the police’s claim that they could not move forward with the case given that AB had withdrawn her statement, Mr Kline first questioned whether she actually had: “It seems to be that she rang up and said, ‘I don’t want to proceed’ and then she killed herself. That’s a very different thing from withdrawing the statement.”

“Even if she did say that she wanted to withdraw her statement, this is not an American TV show where unless the victim presses charges, you can’t go ahead with something,” Mr Kline commented in response to the police statement. “That’s absolute nonsense. It’s the duty of investigatory authorities to lay charges when a potential crime has been committed, irrespective of what the victim did.”

Mr Kline said that under these circumstances, he knew not to expect more from the police. He also understood that no one else was going to proceed to investigate either, given the lack of options available. However, as ex-prosecutors, he and Ms Holt knew that private prosecution was an avenue still yet to be explored.

Under a provision in the Criminal Procedure Act (NSW) s 49, private individuals do have the power to launch criminal prosecutions. While it has been around for a long time, Mr Kline wrote in a recent opinion piece that it is very rarely used “because we tend to trust our prosecutorial authorities to do their job”. In this case, they couldn’t.

Since announcing a legal team made up of Ms Holt, assisting solicitor Eric Zhang and criminal barrister Mark Higgins, some have taken to Mr Kline’s Twitter account to praise him for finding a “new weapon” to launch when all other legal avenues – like the blocking of an inquiry in the Senate – have failed. While he said he never thought about it quite like that, Mr Kline said he couldn’t object to the statement and found it reasonable, especially given that investigatory authority bodies do not yet exist to hold politicians to account.

Mr Kline knows that with this private action will come accusations that it is politically motivated – one of the first coming from Mr Porter’s solicitor Rebekah Giles who labelled it a “stunt”. Whether it helps or hinders the New Liberals’ political interest, Mr Kline said he is doing this for victims and for the justice system.

“We are doing it because justice screams out for it to be done. And we’re doing it for all those women who have been abused or humiliated by the Honourable swinging dicks inside and outside of Parliament,” Mr Kline said. “When we created this party, we said we were going to be different from the crooks. One of the ways to do that was to always do what’s right, whatever the potential consequences are.”

At the time of writing, Mr Kline shared an email with his Twitter followers of an email sent to Ms Giles, requesting an apology and a retraction over her accusation that his private action is a “stunt” given that it is a “clear and serious imputation that I am in breach of my ethical duties… and such it is defamatory”.

“If you are unwilling to do that, I will need to consider my options,” he wrote to Ms Giles.

At the time of writing, Ms Holt has put some time aside to solely focus on preparing prosecution documents to move the case officially forward. While Mr Kline will follow the case, it will not be in any official sense, opting out of stepping into a barrister role in favour of being available for commentary over the course of the legal action.

“It’s crucial,” Mr Kline told Lawyers Weekly of why he had taken this up. “In a standard case, any sort of public dialogue can sometimes be prurient, but there is not a living soul in this country that doesn’t know about this case and doesn’t have some view on what should or shouldn’t be done. We’re a private prosecutor and I think it’s very important [to have this dialogue with the public].”

In any one day, Mr Kline said he could have 500 people asking him something about the case because “it really, really matters to people”. He said if he had to answer every one of those questions with a “I can’t really comment”, the average member of the public would not understand. Instead, they would see it as “profoundly unnecessary and frustrating”, so he took a step back to continue responding.

Mr Kline – who is also the founder of the Refugee Law Project – moved into politics to pursue justice and reforms in a way that could not be done as a legal professional. He said he would love to see more lawyers go into politics to do the same.

“If they are going to, they really need to [do good] because lawyers who have been in politics rightly or wrongly have got a pretty bad name because you hear so many people say, ‘oh, just another lawyer in politics’. So, I think those of us who are doing it for hopefully the right reasons, need to make that clear,” Mr Kline said.

“That’s one of the reasons I suppose I stood back from the actual prosecution [action against Mr Porter] and I am able to comment, because I want people to be clear on why we’re doing this.”

The story is still unfolding. More to come.

Help is available. Contact Lifeline on 13 11 14 or Respect on 1800RESPECT (1800 737 732). Every law society and bar association of each state also has further contacts available on their respective websites.

Last Updated: 02 July 2021 Published: 05 July 2021
The Women in Law Awards is the benchmark for excellence, recognising the empowering women influencing the Australian legal profession, celebrating the female leaders, role models and future champions of the industry. Register for the waitlist today for the opportunity to attend this remarkable awards ceremony and network with top legal professionals and fellow peers.
Visit womeninlaw.com.au