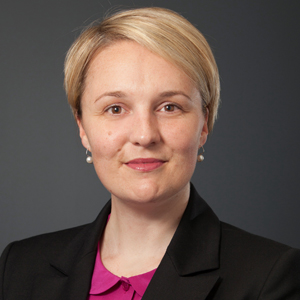 The Senior Associate Award in the 2013 Lawyers Weekly Australian Law Awards attracted an exceptionally impressive calibre of entries, with the selection of just six finalists a very difficult task.

The Senior Associate Award in the 2013 Lawyers Weekly Australian Law Awards attracted an exceptionally impressive calibre of entries, with the selection of just six finalists a very difficult task.

Michelle Anglin (pictured right) from Rockwell Olivier’s Melbourne office spent five years working in commercial management before going into the law, and she thinks this experience has helped her achieve “commercially-focused” outcomes for the firm’s clients. She is a member of Integrated Legal Holding’s Leadership Academy and is leading the development of Rockwell Olivier’s corporate profile in the global nutraceutical market.

At just 28, Reuben Bramanathan (pictured below) is recognised as a tax expert in McCullough Robertson and is frequently consulted by lawyers in other practice groups on tax matters. He played a lead role in the acquisition of Geotech Materials Testing Services by Cardno Limited, where he took instructions directly from Cardno’s general counsel. Bramanathan is also chair of his firm’s social committee and does pro bono work with QPilch in Brisbane. He is the lone male in this category who will be fighting for the prize at the  Awards ceremony on Friday 26 July (tickets available here).

DLA Piper’s Alison Dodd spent seven months on secondment with DLA’s partner office in South Africa, where she was extensively involved in advising clients on their involvement in the South African government’s Renewable Energy Independent Producer Program (REIPP), a landmark renewable energy program. The work on the REIPP generated a significant amount of revenue and media interest for DLA’s project group. Dodd was also a founding member of the Australian Legal Sector Alliance, which promotes sustainable practices across the legal sector.

The entry of Ashurst’s Emmelene Gray came with a slew of glowing references, including one from barrister Christopher Fitzpatrick that said: “I cannot conceive of a better qualified, worthier nominee for the Award than Emmelene”. Gray practises in the commercial and insurance practice area in Ashurst’s Brisbane office, where she specialises in the health industry. She completed a secondment with one of the firm’s clients, Avant, which helped deepen the firm’s relationship with them and she is described as “an integral component” of the success of that client relationship.

The strong relationship Sarah Peden (pictured left) established with one of Corrs Chambers Westgarth’s largest national clients, QGC, led to her spending eight months on secondment with the company in the last year. Since Peden’s return from secondment there has been an increase in work from QGC for Corrs. Sarah manages a team of six lawyers doing QGC work and is also a mentor to other junior lawyers. She is also strongly involved in Corrs’ Refugee Civil Law Clinic.

Jyoti Singh is a leader in Norton Rose Fulbright’s Melbourne office. Noting the high turnover at associate level in the corporate group in Melbourne, she took on the role of primary mentor to junior lawyers in the group and fostered stronger co-operation between partners and junior staff. She reinvigorated the Melbourne Young Executive Network in 2010 and has also taken responsibility with a partner to co-ordinate business activites to expand the firm’s relationships. Singh was the lead senior associate in a matter assisting Linfox and was described by Linfox’s general counsel as “one of the best M&A lawyers I have dealt with”. She is currently on secondment in Norton Rose’s London office.