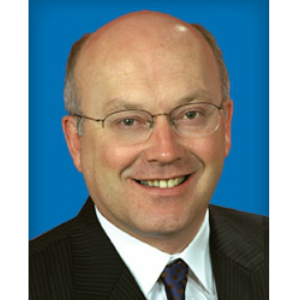 The announcement that plans to cut funding for Australia’s community legal sector have been taken off the table in the next federal budget has been met with support across the profession.

Lawyers pushing the #FundEqualJustice campaign can now breathe a sigh of relief, with the news that looming funding cuts to the community legal sector have been scrapped.

On Monday, Attorney-General George Brandis QC announced that cuts to the sector due to take effect from 1 July are off the table, committing an extra $55.7 million in the next budget. Of that sum, $39 million will flow to Community Legal Centres (CLCs) and $16.7 million to Aboriginal and Torres Strait Islander Legal Services (ATSILS) over the next three years.

The government back-flip follows months of campaigning by groups including National Legal Aid, the Australian Bar Association, Law Council of Australia and the National Association of Community Legal Centres.

As early as late 2015, lawyers warned about the dire consequences to hit some of the most vulnerable groups in the community should government plans to buoy legal aid funding with a National Partnership Agreement (NPA) alone proceed. The sector had been told that come July, 30 per cent of community legal assistance funding would be axed, totally

The groups have maintained that the Commonwealth’s community legal sector funding arrangement with the states and territories under the NPA would only serve to exacerbate the justice gap. Under the previous five-year NPA plan $42 million in Commonwealth funding was expected to be reduced to $30.1 million from July 1.

Earlier this year, president of the Australian Bar Association (ABA) Will Alstergren QC said that without some kind of “breakthrough of goodwill or compassion”, stakeholders were stuck in limbo.

Mr Alstergren welcomed the recent announcement, saying it was a significant step to addressing the shortfalls of the current legal assistance budget.

“The government’s reconsideration of this issue and significant injection of funds is particularly positive news,” Mr Alstergren said.

“The legal profession, particularly the independent bars and the CLCs, have provided an extraordinary amount of pro bono work, which has become unsustainable for many. Today’s announcement will be warmly welcomed by the profession and is an excellent first step to ensuring everyday Australians have proper access to justice,” he said.

In a statement released earlier this week, the Attorney-General said that the government has “always recognised the essential role of the legal assistance sector in providing access to justice for the most vulnerable Australians.”

The Attorney-General also used the announcement as an opportunity to take swipe at the ALP about its proposed funding priorities.

“This record funding commitment acknowledges this, and has been achieved despite strong budgetary pressures and, unlike the Labor Party, the available funds are being prioritised and committed to provide frontline services to those who need them most,” Mr Brandis said.

Mr Dreyfus has been a vocal critic of the planned cuts to the community legal sector and has spent recent weeks travelling to various CLCs throughout Victoria.

“Trademark hypocrisy from George Brandis – reverses his own legal assistance cuts at last minute and pretends to be saving the sector,” Mr Drefus said.

The Law Council of Australia (LCA) has made the issue of legal sector funding a top priority in the past year. LCA president Fiona McLeod SC said news the cuts would be abandoned come as a “massive relief”, noting however that the broader access to justice problem in Australia has not gone away.

“Those who work in the legal assistance sector are the unsung heroes of our community, working long hours in extremely challenging conditions to achieve justice for their clients. This announcement will be a great relief for those dedicated lawyers and their clients,” she said.

Ms McLeod added that the cuts had posed particular “impending disaster” for regionally based CLCs and ATSILS. The federal government’s announcement has saved them from closing, she said.

“Each year, we know tens of thousands of Australians experience legal problems and cannot access help due to the inadequate funding of legal assistance. Without legal intervention, these problems often spiral out of control, creating enormous financial and social costs,” Ms McLeod said.

“CLCs are also the conduits for an enormous amount of pro bono legal work contributed by the private profession. This contribution, which would have diminished if the cuts had proceeded,” she said.

The government’s new 2017-18 budget stance on community legal funding is being described by the Attorney-General as the “largest ever Commonwealth investment in legal assistance services”. Mr Brandis underscored a record Commonwealth commitment of $1.73 billion for legal aid commissions, CLCs and ATSILs throughout the nation.

“Combined with existing funding under the MPA to 2020, this represents the largest ever Commonwealth investment in legal assistance services,” Mr Brandis said.

“The funding allocation will be finalised with the states and territories under the NPA,” he said.

Commending the “sensible” government decision, state groups such as CLCs Queensland, said their services had already been impacted by prospect of cuts. Half of those seeking assistance from CLCs in 2016 had to be turned away on account of lack of resources, CLCs Queensland director James Farrell said.

“We’re keen to work with all governments and all parties to ensure that there’s certainty and sustainability in funding for community legal centres, and today’s announcement is a great result,” Mr Farrell said.

“Continued government support is vital to ensure all Queenslanders can access the legal help they need, and the justice they deserve.”

The Aboriginal Legal Service (NSW/ACT) Limited (ALS) also welcomed the news. Chairman Bunja Smith said his organisation had been bracing for a loss of more than $1 million in the coming financial year.

“Any cuts to funding, would have been devastating, which is why we thank the Attorney-General George Brandis, for listening to our concerns,” Mr Smith said.

"Prior to the [WA] state election, the law society had encouraged local politicians to confirm their commitment to an additional $8 million, plus long-term funding to overcome the rapidly escalating crisis in the legal assistance sector.

"The law society will continue to work at State level to ensure the Western Australian community is properly served," Mr Musikanth said.