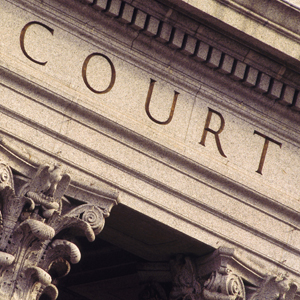 Solicitor advocate at Legal Aid NSW, Alexandra Harland, and Judy Small from Victoria Legal Aid (VLA) have been appointed as judges to the Federal Magistrates Court of Australia.

Attorney-General Mark Dreyfus QC announced last week (28 March) that Harland will take up her appointment to the Darwin registry and Small to the Melbourne registry on 15 April 2013.

The selection process was initiated by former Attorney-General Nicola Roxon. An advisory panel, which comprised of the Chief Federal Magistrate John Pascoe, former Family Court judge Susan Morgan and a senior Attorney- General’s Department officer, assessed the suitability of 82 candidates for the positions.

Harland has held a variety of roles in academia and at the Bar, including being the associate to Judge John Lawrence O’Meally in the Compensation Court of New South Wales from 1995 to 1997. Since 2011, Harland has worked at Legal Aid NSW. She performed the role of senior duty lawyer until March 2012, when she became the solicitor advocate.

Small, who practised as a psychologist in the 1990s, started her legal career as an articled clerk at Slater & Gordon in 1998. Eight years later she accepted a position as manager of the Family Law Service at VLA’s Melbourne office and, in 2009, became the acting director of Family Youth and Children’s Law Service, a role she took on permanently in 2010.

“The appointees bring diverse skills and experience to the Court,” said Dreyfus.

Harland and Small join the Federal Magistrates Court as it prepares to change its name to the Federal Circuit Court of Australia, which is intended to more accurately reflect its modern role, said Dreyfus. The move is part of the Government’s court reform package, which includes court fee hikes, changes to the complaints process against judicial officers and the establishment of the Military Court of Australia.

The appointments also come less than two weeks before the second round of VLA guideline changes take effect. The family dispute resolution process is among a raft of VLA services being rolled back, with a tightening in eligibility criteria for roundtable disputes engagement.

The rollbacks, which were announced in December, followed revelations that VLA was facing a $3.1 million deficit this financial year.