What ACCC’s decision to not appeal TPG-VHA merger means 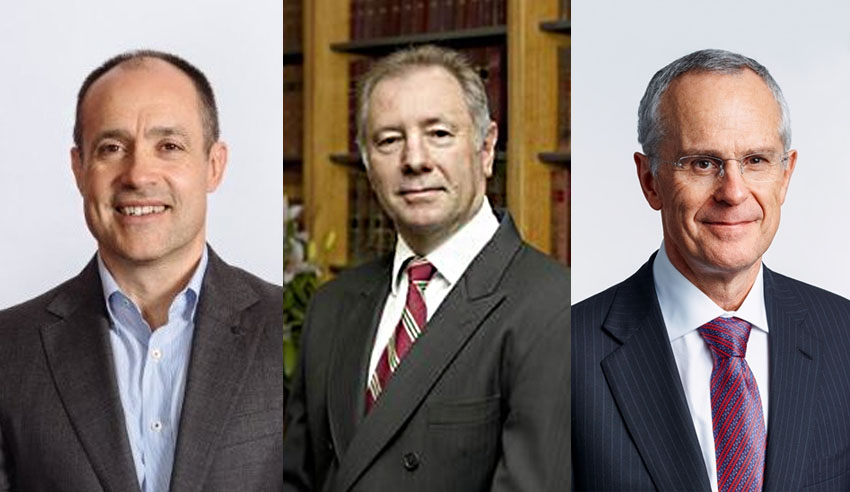 The biggest merger in 10 years will not be appealed by the ACCC after concluding that it does not have any grounds for an appeal.

The ACCC will not appeal Justice John Middleton’s ruling on the recent decision that the proposed merger between TPG Telecom (TPG) and Vodafone Hutchison Australia (VHA) would not substantially lessen competition.

Vodafone and TPG will enter into a new era after the ACCC’s decision.

VHA chief executive officer Iñaki Berroeta welcomed the ACCC’s decision not to appeal and said it cleared the way to take the next steps to finalise the merger.

Meanwhile, ACCC chair Rod Sims said the commission remains “disappointed” at the outcome which had “closed the door on what we consider was a once in a generation chance for increased competition in the highly concentrated mobile telecommunications market.”

This will no doubt come as great news for both Allens (VHA) and Herbert Smith Freehills (TPG) who claimed victory on the day the judgement was made public, notably with the HSF team led by partner Liza Carver, winning five of the seven challenges to ACCC decisions in the last 15 years.

A case in the making

Two weeks ago, in the preceding loss from the TPG-VHA merger, Mr Sims said in a speech at the International Competition Network Workshop that the Australian judiciary is insufficiently sceptical of “self-serving testimony by the merger parties”.

This claim was clear in its direction of attack on both Justice Middleton’s judgement and the turnabout evidence given by TPG founder David Teoh.

The ACCC had pushed hard on the blocking the merger, possessing up to 30,000 documents and emails through court discovery and notices under section 155 of the Competition and Consumer Act.

This inherently represented the growing conflict between ACCC, their uniform view on the merger along with the credibility of the court and it’s trust on Mr Teoh that his ambitions on building a new network were truly dead.

Yet, this claim was not matched in the release of Justice Middleton’s full 256-page judgement, which rules in favour of TPG being allowed to merge with Vodafone, containing reasons for the rejection of the Australian Competition and Consumer Commission’s case.

The ACCC had been victorious in the 2019 year with Maddocks partner Shaun Temby describing decisive victories and a record of penalties imposed.

Yet 2020 has seen the fortunes turn on the ACCC. With now six consecutive case losses, it is now evidently clear the ACCC and its lawyers had faltered in the entire case.

The ACCC had argued that a merger would prevent TPG from resurrecting its plan to roll out Australia’s fourth mobile network, thereby becoming an “aggressive competitor” in the sector.

The watchdog contended that TPG could fund a second attempt at network roll-out, funded either through free cash flow, debt or equity. It also took issue with the strong market share that Vodafone and TPG had across mobile and fixed-line internet respectively.

But Justice Middleton did not accept any of these propositions.

Many believe that ACCC’s case was lost the moment it called Mike Wright as an expert witness.

Evidence that had been given by Mr Wright for the ACCC to spearhead the case ultimately went against the regulator.

The watchdog placed much faith on Mr Wright, evident from the description given to the court by ACCC’s barrister, Michael Hodge, QC, who said Mr Wright “is, with all due respect your honour, vastly more experienced, we would say in understanding the details of rolling out and operating a mobile network in Australia.”

"And, he has the added advantage, distinct from some of the other witnesses that will appear in front of your honour, which is that he is disinterested and objective,” the well-known barrister said.

“He has no dog in this fight.”

Mr Wright, who is principal of Quadrature Pty Ltd, is undoubtedly very well known in the industry. During his tenure at Telstra he oversaw the investment of about $13 billion in mobile networks.

ACCC’s counter-factual in court was based on the fact that a standalone Vodafone would drive increased competition and lower prices.

In other words, under the regulator’s counter-factual the market would be less aggressive with consumers probably worse off and there could be a substantial lessening of competition without the merger.

But Mr Wright’s evidence was that without the merger, Vodafone would have limited ability to increase its network capacity.

He said it was under growing pressure to implement demand management strategies including ceasing to offer unlimited plans, increasing prices; and throttling data speeds.

Justice Middleton had agreed with Mr Wright that the merged holdings of Vodafone and TPG would be more beneficial, being able to be deployed to relieve congestion on Vodafone’s existing network and increase network capacity.

The ACCC had also contended that TPG could fund a second attempt at network roll-out funded either through free cash flow, debt or equity.

But the judge did not accept any of these propositions.

In fact, the ACCC’s assumptions about the cost of rolling out a mobile network may have been less accurate.

In the judgement, it was clear, that Mr Wright had said the cost of building a new network would completely exceed the costs and TPG would be incapable of rolling it out vastly throughout Australia.

Mr Wright said that a feasible business model would have to achieve a $2.5 billion return on TPG’s $1.33 billion investment in mobile range.

This would be in circumstances where the coverage and capacity of the network would be substantially inferior to the competition of Optus and Telstra.

Furthermore, if TPG rolled out its own network it would have insufficient capacity to cope with the number of customers assumed to use it and it would have been difficult for it to grow customer numbers, therefore matching Mr Teoh's testimony that his mobile network ambitions were truly finished.

This would in effect turn against the very case built by the ACCC.

Mr Berroeta said that he expected the merger to be completed by mid-2020.

This merger will be a landmark completion of a major successful M&A supported by two of Australia’s biggest law firms Allens and HSF, who had advised VHA and TPG respectively.

Vodafone has already switched on its Parramatta 5G sites after the ACCC announced its decision.

Faster mobile internet could now be in the reach of more Australians with sites currently planned for Sydney, Melbourne, Brisbane, Adelaide, Perth, and Canberra.

What ACCC’s decision to not appeal TPG-VHA merger means