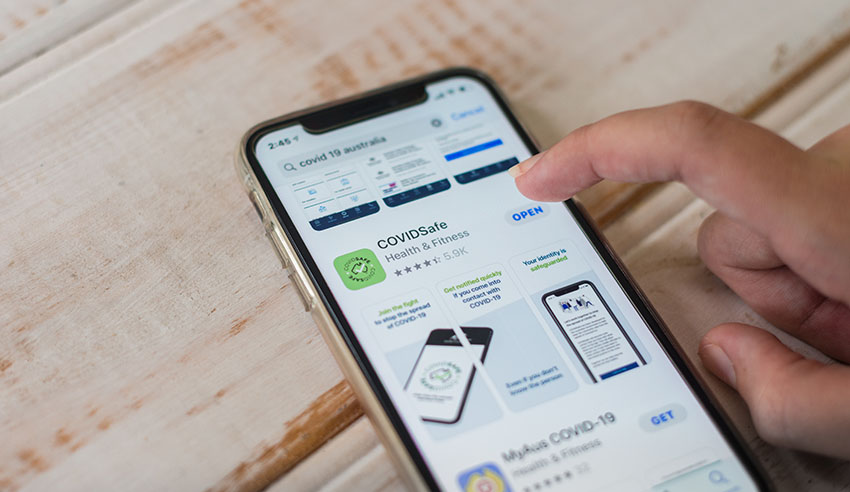 Partners, global heads and specialists in technology and privacy law have signed an open letter in support of the COVIDSafe app. Lawyers Weekly spoke to some of those signees on why they support the government’s coronavirus tracking app.

Only a week ago, the Australian government launched COVIDSafe, an app designed with the intention of tracing the movements of a person infected with the coronavirus to ensure health authorities can contact anyone that might also be infected.

In the first week there were 4 million downloads, but a significant slowdown due to the privacy concerns may see the app come to a standstill. To inspire confidence, 48 lawyers across the technology and privacy space signed an open letter stating they have reviewed the government’s app and have personally decided it was worth downloading.

According to Norton Rose Fulbright (NRF) global head of technology and innovation Nick Abrahams, the question of whether to download the app boiled down to the benefits: “Do the benefits, the health and economic benefits, outweigh the privacy?”

“For me, [this letter] was saying I have written a book on privacy, I practice in privacy and I think about it a lot. With that background, I have reviewed the COVIDSafe app and I am comfortable to download it,” Mr Abrahams told Lawyers Weekly.

COVIDSafe records when two people with the app have spent more than the 15 minutes needed to contract the virus together. It deletes the information after 21 days and will only be uploaded by a health authority with express consent from the individual.

K&L Gates practice group coordinator for the global commercial and technology Cameron Abbott said there is a lot of critical analysis of the app and he hopes that millions more Australians who need to download the app understand that it is just as important to keep in mind how it is helping people by using it, as the best means available at this time.

“I am very focused on the protection of privacy. Based on my understanding of [this] app and how it will function, and having considered the data that will be collected about me, I have taken the view that it serves the greater good of the community to download and to use the app. That is why I have made the personal decision to do so,” Mr Abbott said.

Gadens partner in the intellectual property and technology team Dudley Kneller mirrored this, telling Lawyers Weekly he was prepared to forgo the potential privacy risks because there is a “greater public health service to be had” by downloading the app.

“As a privacy lawyer, I’m comfortable to support the app. It’s not something [that] I would necessarily do in a different world, but we’re in an unprecedented time at the moment so that helped me overcome my concerns,” Mr Kneller said.

On Tuesday, Attorney-General Christian Porter addressed some of the privacy concerns with a draft legislation designed to protect individuals’ data collected. Under the bill, it will be a criminal offence to collect, use or disclose data for an irrelevant purpose.

A maximum penalty of $63,000 and five years imprisonment applies to any breaches and is the “final step” in the “triple lock” of privacy protections. This was welcomed by the Law Council of Australia which said it will create “greater clarity and certainty”.

The government response to the privacy concerns has been hailed as a success by the legal sector, including Mr Kneller. He said the government is working hard to address the concerns by “listening to the feedback and monitoring the media” and by being specific in relation to details “about the penalties for breaching the legislation once it comes in”.

The legislation should go a long way in tackling the “myths” that have been circulating as soon as the app was announced. Worse still, those were fears being spread by the people who could dissuade the public from downloading the app and trusting the protections.

“From a privacy perspective, I was keen to show that as someone who practices in privacy a lot of those comments from politicians and from technologists weren’t correct,” he said.

As for getting the 48 lawyers together, group coordinator Mr Abrahams said it was one of the best experiences of his professional career.

“[It has] been one of the most joyful experiences of my professional career because often we, as lawyers, are sitting on opposite ends of the table. We all came together very easily; it was a wonderful experience. I’m full of admiration for all my colleagues,” he said.

The 48 lawyers and their firms have been listed below. For clarification’s sake, there was no one leader to the group and the views are their own and not necessarily a reflection of their firm.