Should egg freezing be an employee benefit for lawyers? 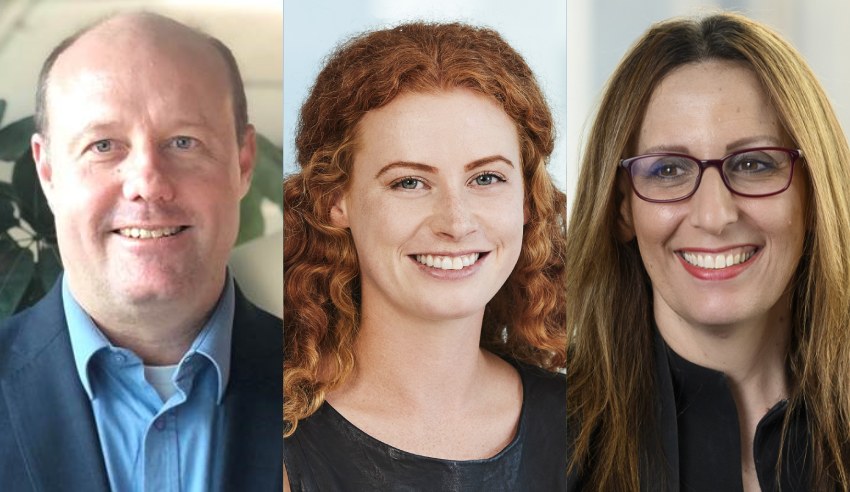 New research from Monash University suggests that while employee-sponsored egg freezing could be a windfall for working women’s career options, there are important unintended outcomes to consider as well.

Academics from the Monash University Faculty of Medicine and Barwon Health recently published a paper, Employer-sponsored egg freezing: carrot or stick?, in the journal AJOB Empirical Bioethics, following an online survey of 656 women aged 18-60 years who reside in Victoria about their views towards egg freezing.

Three-quarters of the respondents were childless. The median age of respondents was 28 years, with 27 per cent identifying as single and about half either living with a partner or married.

“The study aimed to explore women’s attitudes towards employer-sponsored egg freezing to investigate whether they thought egg freezing as an employee benefit is an appropriate offer,” lead author Molly Johnston said.

“We found that while some women identified risks with employer-sponsored egg freezing, many see it as acceptable if offered under certain conditions – largely protections for their reproductive freedoms and assurances that it is offered alongside other family-friendly benefits that promote career building and family.”

Nearly half of those surveyed said they believe it would be appropriate for employers to have egg freezing offered as an employee benefit, while 27 per said it would be inappropriate.

However, while some participants saw the potential for employer-sponsored egg freezing to increase and support women’s reproductive and career options, the researchers noted, “others were concerned it could pressure women to delay childbearing, reinforce the career versus family dichotomy and exacerbate existing inequities in access to assisted reproductive technologies”.

Employer-sponsored egg freezing was introduced in the US in 2014 via Silicon Valley corporate giants Apple and Facebook, Ms Johnston noted, with around one in five large US companies having followed the lead of Apple and Facebook and now offer female employees financial support to access egg freezing, with predictions Australia could follow suit.

“Ultimately, egg freezing is an expensive procedure that is only partially supported through Medicare, meaning many women may not be able to access the procedure because they cannot afford the costs or they are freezing their eggs at an older age when they can afford the procedure but it is less effective and the chances of achieving a live birth are significantly reduced,” she said.

“Employee-sponsored egg freezing could enable young female employees who might not be ready to have a child, but would value the opportunity to do so later in life, access fertility preservation.”

Egg freezing methods have advanced greatly in recent times, Ms Johnston continued, and the process is considered a safe option for women.

“With employer sponsorship benefits, there is an opportunity to help women overcome financial barriers, increase their reproductive options and reduce the pressure experienced by women to choose between having a career and having children,” she suggested.

“This may also help women access egg freezing at an age where the procedure is more effective, increasing their chances of future conception if they require their frozen eggs.

“It could be seen as a win-win for employers and employees.”

Ms Johnston and her co-authors ultimately argued that any employer-sponsored egg freezing policy adopted in Australia “should promote fully informed and voluntary decision-making”.

“Women need to understand the benefits, risks and limitations of egg freezing, feel no pressure to take up the offer, and if they do, it shouldn’t have any negative impact on and is accompanied by other family-friendly work policies,” she said.

“As is the case for the provision of other assisted reproductive technologies, there may be a role for the State to safeguard the conditions in which employer-sponsored egg freezing is offered.”

Reflecting on the results in conversation with Lawyers Weekly, Hall & Wilcox partner Fay Calderone and lawyer Remi Kelly (both pictured) said that while the study shows that younger women are especially amenable to employee-sponsored egg freezing (ESEF) as a benefit and insurance policy, that older respondents and those who work part-time showed “significantly less support” for such an employee benefit is noteworthy, given concerns that ESEF could “pressure women to delay childbearing and exacerbate existing workplace inequities between men and women”, they said.

Employsure ANZ head of legal Troy Plummer (pictured) warned that “any sort of workplace benefit to health-related issues can be a problematic scenario”.

“Setting acceptable criteria that are fair to all employees for accessing such an entitlement can be a fraught process. Absent any other family friendly arrangements, providing such a benefit risks entrenching a ‘career first’ view of the world, so there is a need for a balanced approach,” he explained.

Another issue of “huge concern” for any employer, he continued, is the sort of information being stored in managing access to the benefit, i.e. medical records and health information.

“It is hard to see how providing egg freezing as a benefit could be implemented without requiring some provision of sensitive medical information by employees, thus creating another data handling/privacy concern for the business,” he said.

“Also given the sensitivity around peoples’ capacity to even have children, as well as others lack of desire not to, the mere offering of egg freezing could be problematic, in terms of appearing to pry too deeply into employees’ lives. I can readily see future situations where the provision of, or access to, egg freezing could be a foundation for a General Protections claim.”

Important considerations with such workplace allowances

“Success rates are lower for women over 35 and egg freezing in women over the age of 38 is unlikely to lead to a pregnancy,” the pair said.

It is important, Ms Calderone and Ms Kelly went on, that an employer’s involvement in any such procedures is a “reimbursement of a cost that the employee makes an independent informed choice to proceed with and provides evidence of”.

“Employers should not be participating in facilitating or otherwise be seen to be advocating for access to these benefits or introductions to particular providers. It is recommended independent legal advice is sought in enacting any such policies and that firms consult with their insurers about any such policies,” they said.

“Discussions with women about these matters could mean employers are embroiling themselves into the lives and family planning of women in a way they have never done before. This could lead to assertions of discrimination or adverse action on prohibited grounds if employers subsequently try to performance manage an employee or take any other that results in the termination of their employment.”

If policies are introduced, Ms Calderone and Ms Kelly surmised, there should be clear barriers and confidentiality around accessing these benefits that should ideally be removed from day-to-day supervisors of employees accessing them.

“This may be possible in a large firm, but is highly unlikely in a small one,” they ceded.

ESEF isn’t a one-size-fits-all issue, Mr Plummer posited, but noted there are a number of risks and benefits to law firms providing egg freezing as an available benefit.

“Firstly, in providing access to egg freezing as one of a spectrum of family friendly options there is a likelihood of providing for more employees’ desired choices. However, as a stand-alone offering, absent other family friendly/flexible options it does risk entrenching a ‘career first’ world view,” he mused.

“Some may even argue that even just offering it as an available benefit risks entrenching this view, ‘work hard now have kids when you can afford them’. Consulting with your existing and potential workforce is an important tool to see what they are looking for to get the delivery of benefits in line with staff needs and expectations.

“Offering a benefit that you, as an employer, perceive is needed but, in reality, is never accessed means that you are wasting time and effort on a benefit or incentive that is not actually useful, or of benefit, to your team and could in fact alienate staff as they see it as wasted money,” Mr Plummer surmised.

Being an employer of choice

When asked if law firms or other legal employers that offer ESEF as an employee benefit will be seen as employers of choice, Mr Plummer mused that such a designation will be dependent on multiple factors.

“Any business that is contemplating offering egg freezing as part of a suite of employee benefits dealing with health and wellbeing, as well as family friendly and flexible career options will already be firmly in the employer of choice space,” he said.

“Offering egg freezing in that context will become more of an exercise for employees in picking and choosing just which employer of choice is right for each employee. In the long term, the more options you have available to a diverse workforce to meet their varied needs, then the better your talent pool, and ultimately the workforce that you employ, will be.”

Ms Calderone and Ms Kelly agreed, positing that ESEF should be viewed as part and parcel of broader conversations about raising families while working in a demanding job.

“There are many aspects to this conversation, with the ability to fall pregnant simply being one piece of the puzzle (albeit a critical one). We need to continue talking about ways to work more flexibly and accommodating the demands of raising a family. Community standards are changing rapidly – leaders not only need to keep up, but should be pushing ahead of the pack,” they argued.

“The more important changes in my opinion and the key structural and cultural changes that are necessary to drive the progression of women in our profession and leadership roles – notably gender neutral parental leave, flexible work arrangements accessed by both parents and ensuring employees are not subject to adverse action in their pay and progression as a result of taking parental leave or accessing these entitlements.”

The role of workplace leaders

“Talking with your existing and potential workforce is a huge part of getting the policy mix right. Thinking about the world in terms of just your own lived experience and then trying to extrapolate to others with different life experience, cultural background, dreams and desires is a recipe for disaster.

“You will never make everyone happy but if you know what motivates your workforce and what they see as benefits of use to them you will go a long way to making most of them happy.”

This all said, Mr Plummer expressed scepticism that the American experience referenced by the researchers necessarily extrapolates directly to Australia.

“Given the differences in health care provision, health insurance and state provided medical befits, I’m not sure that I see the offering of egg freezing as being as likely to occur in Australia as in the USA,” he mused.

“Employees in good roles in the USA are already used to having their health care tied to their job, and for many it is the number one consideration in choice of job within their field, that is situation we don’t have in Australia, so I think that is probably reflected in the high number of polled respondents saying they either don’t agree with it as a work benefit or are unsure about it.”

Should egg freezing be an employee benefit for lawyers?