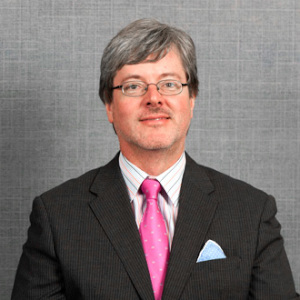 A law firm partner and professional musician told Lawyers Weekly that music has inspired “a lovely feeling of camaraderie” between lawyers from rival firms as the Sydney Lawyers’ Orchestra (SLO) prepares for its debut concert.

A law firm partner and professional musician told Lawyers Weekly that music has inspired “a lovely feeling of camaraderie” between lawyers from rival firms as the Sydney Lawyers’ Orchestra (SLO) prepares for its debut concert.

Thomas Jones (pictured), a partner at Corrs Chambers Westgarth, started the SLO earlier this year. The professional violinist invited trained musicians from a range of firms, the Bar and the Bench to join the orchestra and quickly attracted around 30 volunteers seeking a creative outlet from their legal day jobs.

The SLO is made up of partners, senior associates, lawyers and paralegals from Corrs, Allens, Clayton Utz, Norton Rose Fulbright, Gilbert + Tobin and King & Wood Mallesons, along with a number of barristers and judge’s associates.

Jones told Lawyers Weekly there hasn’t even been a hint of rivalry between orchestra members during rehearsals, which have taken place over the past few months.

“There is genuinely a lovely feeling of camaraderie and of shared endeavour,” he said. “People are there because ... they enjoy making music together.”

Jones added that orchestra members have told him they look forward to rehearsals, even if it means returning to work afterwards.

“One of the reasons the orchestra seems to have – and it’s a terrible pun – ‘struck a chord’ is that people see it as a creative outlet where they can do something different for a little while.”

This Wednesday 17 December, the SLO will hold its first public performance at the Pitt Street Uniting Church in Sydney’s CBD. The program features works by several composers, including Mozart, Tchaikovsky and Strauss.

Jones, who will conduct the SLO on the night, has played professionally for more than 25 years and has toured extensively with American and Australian orchestras.

In August, he gave a world premiere performance of works by Iranian composer Reza Vali with his wife, flautist Laura Chislett Jones.

While Chislett Jones won’t be performing with the SLO, she will be attending the concert along with a crew of Corrs lawyers.

Jones encouraged other members of the legal profession to come along to the free event.

“Hopefully people can find an hour at this busy time of year to relax and enjoy something creative and, hopefully, beautiful,” he said.

Earlier this year, the Melbourne Lawyers’ Orchestra made its debut in Kew, just outside Melbourne’s CBD. Around 300 people attended the event, which raised funds for the Tristan Jepson Memorial Foundation.

Folklaw wonders which city will be next…