What are the features of a successful in-house team? 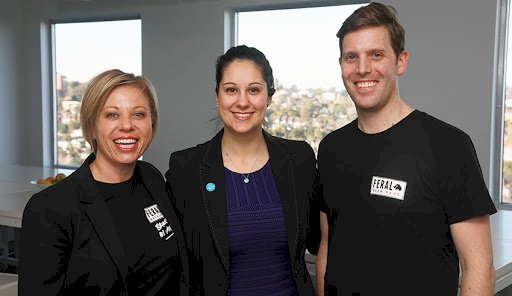 An award-winning corporate counsel unit has outlined what it sees as being the key signs that an in-house legal team is operating seamlessly and productively on all fronts.

In a recent episode of The Corporate Counsel Show, Coca-Cola Amatil group general counsel Betty Ivanoff (pictured, left, whose team won this year’s FMCG Team of the Year Award at the Corporate Counsel Awards) said the first port of call is picking the right team that can work together and boast the necessary skill set.

“It's about making sure that team is equipped with the right tools and knows the landscape of the organisation they’re working with,” she said.

“So, if they’re really clear and have articulated the company’s strategic vision and the risk profile of the organisation that helps them understand where to play and how effective they can be.”

Visibility and recognition for and of the in-house legal team is also paramount, Ms Ivanoff continued.

“I think they’re really important factors to make sure that you actually build a successful team and that they are in the spotlight when they need to be, that they are visible within the organisation and, at the same time, that their contribution is recognised,” she said.

“For me, [it’s about] business partnering. So, the visibility is on the ground, or ‘feet on the street’ as we call it with part of our execution model. I think you need to be seen to be visibly part of the team to be present when it makes sense, to also be at the right meetings.

“So, it’s not just that a meeting or a decision happens and then people then go and consult the legal team. I think if they’re in the right space and at the epicenter of the decision making and the consultation that actually helps an organisation, but it helps the lawyer.”

There are some general counsel who have the seat at the table without demand, she ceded. But, for others, “it’s about making sure the organisation opens the door to the legal team, regardless of who it is in the legal team, opens the door and offers, if it’s not a seat at the table, a seat in the gallery, because from the gallery you still have a voice”.

CCA Australian general counsel Michelle Monteleone (pictured, middle) added to Ms Ivanoff’s comments, saying that clarity around the expectations of one’s role and what one’s position is within the organisation, as well as its expectations, “is absolutely paramount”.

“The other thing I’d say that I’ve found is that we each have very different skill sets and different strengths among us. Having that mutual respect for each other and each other’s strengths and being able to leverage and learn from each other has really made that together,” she mused.

CCA deputy group general counsel Richard Conway (pictured, right) rounded out the remarks by noting that it is “really important…that everybody has a role to lead”.

“Whether it's the most junior member or the most senior member, and I think empowering people in the team to step up and lead in that area that they’re strong at is a really important thing,” he posited.

“You can have some of the most junior members of the team really pulling the team along in some respects and I think what works really well in our team is everybody has different skills, but everybody’s also leading in a different area and showing the rest of the team how it’s done, regardless of seniority.”

To listen to Jerome's full conversation with the team at Coca-Cola Amatil, click below:

What are the features of a successful in-house team?