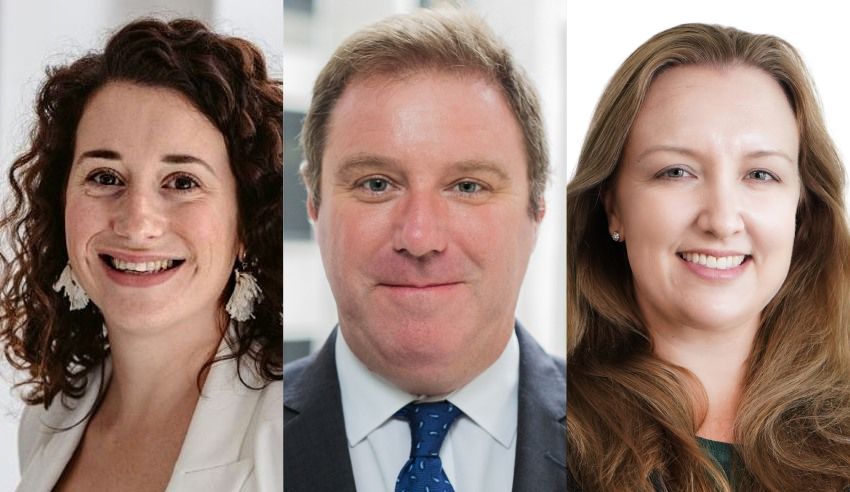 The mainstreaming of remote and flexible working arrangements begs the question: should legal employers contribute towards the household costs for professionals who work away from the office, either by choice or necessity?

Earlier this month, AP reported that Portugal’s parliament had passed new labour laws stipulating, among other things, that companies should pay workers for additional expenses that are incurred as a result of working from home, such as electricity and internet bills, as well as new penalties for companies that “disturb the privacy of staff or their families”, with companies having to avoid contacting workers outside of office hours except under exceptional circumstances.

Working from home is clearly no passing fad. Given this, it is perhaps worth considering whether Australian legal employers should follow the example of the Portuguese parliament and offer support towards the costs of household living, if indeed those households also double as offices.

What do leading employment lawyers think?

Swaab partner Michael Byrnes (pictured, centre) – who has previously appeared on The Lawyers Weekly Show to discuss WHS issues for junior lawyers and the extent to which lawyers can express political views on social media – said that existing law prohibits employers, either directly or indirectly, unreasonably requiring employees to spend amounts from their salary for the benefit of the employer and that this might offer a starting point for “fair consideration” of this issue.

“Employees are rightly wary of anything that smacks of a transfer of costs from the employer to them,” he explained.

“Conversely, it should not be an opportunity for employees to subsidise lifestyle choices or obtain primarily personal benefits under the guise of work from home expenses.

“As a general proposition, if an employee is working from home as a matter of direction or necessity, and there are specific, additional costs incurred by the employee as result of doing so, the employer should be meeting those costs. Employees should not be left out of pocket because they are compelled to work from home.”

For Colin Biggers & Paisley partner and head of employment Megan Bowe (pictured, right), who was a finalist in the 2021 Partner of the Year Awards in the workplace relations/employment category, the distinction between WFH by choice or necessity is critical.

“For those employees who could return to the office but choose not to, the costs associated with that working arrangement should be borne by the employee,” she said.

“While working from home may require employees to use their own electricity, internet or other services, they save on travel costs that would not have been paid by the employer and cannot be claimed as a tax deduction in any event.”

The Fair Work Act already prohibits employers from requiring employees to spend amounts of money where the payment is directly or indirectly for the benefit of the employer, Ms Bowe continued.

“In most instances, an employee’s electricity, phone, internet or other utility bills could not reasonably be viewed as costs incurred for the benefit of the employer, meaning it is unlikely a refusal to reimburse employees for such costs will contravene the Fair Work Act (absent a provision in an applicable modern award requiring the reimbursement of such expenses),” she reasoned.

“The ATO has simplified the process for claiming deductions for home office expenses in response to the COVID-19 pandemic, and many firms have provided employees with IT equipment and other devices to facilitate working from home.”

For employees working from home by necessity, Ms Bowe noted, the question is more complex.

Resolution123 founder and principal Carly Stebbing (pictured, left) – who has also appeared on The Lawyers Weekly Show, discussing how employment contracts are insurance policies and the professional conduct implications of dating apps – said that if the reported looming high demand for talent is indeed coming, employers will contribute to the cost of setting up and running a home office to attract and retain talented lawyers.

“As a matter of fairness and for health and safety reasons, it makes sense for employers to subsidise the setup of home offices. A number of job advertisements now offer home office set up funds,” she outlined.

“As to whether they should be forced to, I think organised lawyers can decide that. If a modern award is ever created for lawyers, or lawyers organise and negotiate an enterprise agreement, I would expect home office set up and running expenses to be a consideration. It is a cost incurred in the course of employment; it is only reasonable for employers to contribute.”

Being an employer of choice

Australian legislators may or may not pass laws mirroring or rivalling those of Portugal’s in the future. In the absence of such workplace rules, employers who move to cover, or at least contribute to, household costs will “of course” be seen as employers of choice, Mr Byrnes noted.

“Any discretionary benefits over and above market norms will continue to entice and retain talent,” Ms Stebbing added.

“An overly frugal approach will likely turn out to be a ‘penny wise but pound foolish’ proposition, with adverse impact on staff morale and retention, the longer-term costs of which will likely outweigh any short-term savings,” Mr Byrnes advised.

“The approach to WFH costs incurred by employees could well end up being a litmus test prospective employees use to gauge how the employer treats staff generally.”

Ms Bowe takes a slightly different approach, deducing that voluntary reimbursements alone are unlikely to be “determinative in characterising a firm as an employer of choice”.

“Employees are unlikely to move firms based solely on whether their domestic expenses are reimbursed. The entirety of the terms and conditions of employment including non-financial benefits on offer and firm culture are more likely to be relevant,” she detailed.

“For example, employees who prefer to continue working from home will likely view increased flexibility in remote working arrangements with greater importance than they will view the reimbursement of domestic costs.”

When asked if recent pay rises offered by BigLaw firms, including the 10 per cent offered by Gilbert + Tobin and 15 per cent offered by Gadens, could be seen as sufficient or proportionate compensation for the potential incurrence of additional utilities costs by individual employees, Ms Stebbing responded that salary and expenses have always been treated separately, and there is “no reason to conflate the two now”.

“Awards and enterprise agreements separate them, the tax office separates them, and they are separately identified in contracts of employment,” she said.

Of course, he mused, they may have become conflated in the current market.

“Many employees will take a pragmatic ‘swings and roundabouts’ approach – if they are well remunerated (or otherwise treated well) they will be less concerned about some additional expenses incurred while working from home, particularly if ongoing working from home gives them continued flexibility (which was one of the few silver linings in the dark cloud of the pandemic),” he suggested.

“Frankly, some legal employers were too hasty in cutting pay during the early stages of the pandemic, only to have workloads as busy as ever.

“That understandably left a sour taste in the mouth of some employees at the time, particularly when the pain was not always shared and the anomaly wasn’t rectified quickly. The increasingly heated market for legal talent may prove to be a period of reckoning for some of those legal employers.”

This said, such payments may be especially timely given the supposed “Great Resignation” that is looming for the legal profession and considerations of how both the in-house market and boutique firms will be impacted.

Ultimately, Ms Bowe reflected, “whether pay rises and bonuses can offset domestic costs will depend on the amount of the pay rise/bonus and the reasons for payment”.

“Was the employee paid under market value, and the pay rise is an adjustment to reflect market conditions? Or is the firm paying above market to retain talented individuals,” she asked.

In the wake of the aforementioned pay rises by BigLaw firms – which are well above the industry average, Ms Stebbing pointed out – lawyers of all stripes should “absolutely” be considering all of the terms of their employment and whether they are being fairly compensated for their work, she argued.

“Talented lawyers should use their skills to negotiate their worth in entitlements, this includes not just fair and EQUAL remuneration but also diversity policies, including paid parental leave for MEN and women,” she submitted.

Employees must ensure, Mr Byrnes said in support, that they are not being left out of pocket as a result of WFH.

“In considering a new position, employees may want to inquire as to the WFH policy in place and the approach the employer takes to reimbursing reasonably incurred expenses related to WFH,” he said.

Ms Bowe, however, stressed more caution around the word “entitlement”, noting that employees are unlikely to be entitled to reimbursements for costs incurred working from home.

“In some respects, the costs of working from home by choice could be seen as akin to the increased costs of commuting to work for those employees who choose to live further from work to take advantage of lifestyle considerations on the weekend,” she said.

“Staff want to feel valued, and value isn’t necessarily a monetary commodity for all employees.”

“Progressive employers will use it as an opportunity to create a win-win, providing flexibility to staff while maintaining productivity and service standards,” he said.

As for Ms Stebbing, she’d “like one of those fancy ergo chairs and a large recycled oak table, if anyone is asking”.